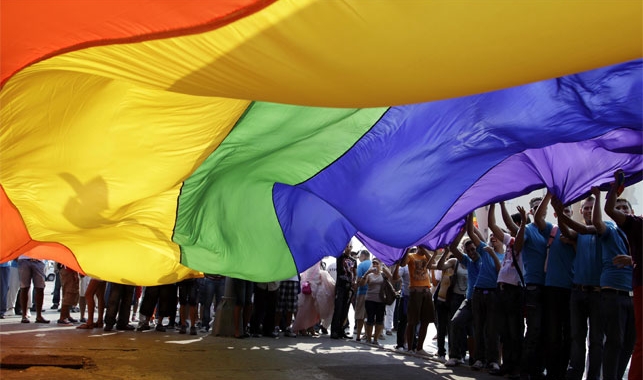 Latin America has historically struggled with the issue of prejudice against trans* individuals and those whose identity or self-expression do not conform to the traditional gender binary. This problem continues to the present day, with widespread reports of violence and discrimination against trans* people across Central and South America.

In recent years, however, policy makers in certain Latin American countries have begun to take progressive steps in one area relating to trans* communities: the legal recognition of gender identity. These steps have culminated in the passage of a landmark statute in Argentina in May 2012, described by activists as “the most progressive gender identity law in history” (Transitioning Africa 2012). What marks out the new policies in Latin America for particular recognition is not simply that they have arisen in the face of widespread societal prejudice. Rather, it is the fact that, in proposing and enacting these changes, politicians across the region have exhibited a sophisticated and nuanced appreciation of gender identity, something which has unfortunately often been lacking in previous debates on trans* issues.
It is clear that in terms of violence and discrimination, Latin America remains one of the most dangerous and deadly places worldwide for trans* people to live. However, on the narrower issue of gender recognition, Latin America’s rejection of outdated “gatekeeper” requirements, as well as its moves towards prioritizing the agency of trans* people, means that policy makers across the region are increasingly placing themselves at the forefront of global action on the legal recognition of trans* identities.

During the years 2008 to 2012, Transgender Europe’s Trans Murder Monitoring Project documented the killing of eight hundred and seventy two trans* people in Central and South America (Trans Europe 2012). In Brazil alone, at least three hundred and ninety trans* persons have been killed since 2008. According to statistics from the Health Ministry in Argentina, the average life expectancy for trans* individuals in that country is thirty five years (Ministerio de Salud), as compared to seventy four years for cis males and eighty years for cis females (CIA 2012).1
A particularly distressing feature of the murder of trans* individuals in Latin America is the extreme level of violence which frequently accompanies homicides. In his May 2011 report to the Human Rights Council, the United Nations (UN) Special Rapporteur on extrajudicial, summary or arbitrary executions, Christof Heyns, highlighted the murder of Lorenza Alvarado Hernández, a twenty three year old trans* woman from Comayagüela, Honduras in December, 2010 (Heyns 2011). Alvarado Hernández was found dead in a ditch, her body beaten and burned, with nearby used condoms suggesting she had also been raped before death. News reports indicated that blows to Alvarado Hernández’s face from stoning were of such severity as to render her remains virtually unrecognizable (IGLHRC 2011).
In addition to violence, transphobia in Latin America manifests as long standing and severe restrictions in access to healthcare, employment and education (REDLACTRANS 2012). In its 2012 report, “State Sponsored Homophobia”, the International Lesbian, Gay, Bisexual, Trans and Intersex Association (ILGA) notes that there are currently no national laws in existence in Latin America which prohibit employment discrimination based on an individual’s gender identity or expression.2 Diane Rodríguez, Director of the Ecuadorean Transgender rights group, Silueta X, has recounted how she was forced to give up her university studies because of “professors and other officials who, upon seeing my body in transition, retaliated against me and harassed me in every sense of the word” (WCW). Rodriguez states that trans* persons are frequently kicked out of their home at a young age, and with few support networks in place, are forced into informal employment, such as sex work (Green 2011). Indeed, members of the group, Organizacion Trans Reinas de la Noche (OTRANS) write that sex work is frequently “the price they have to pay” in order to be able to live and express their true gender identity (OTRANS 2012). However, participation in the sex trade exposes trans* individuals to significant health risks and communities in Latin America remain disproportionately affected by HIV/AIDS. According to recent statistics, while the HIV incidence rate among the general female population across Latin America is approximately one per cent, trans* women currently experience the virus at a rate of thirty five per cent (Gillette 2013).