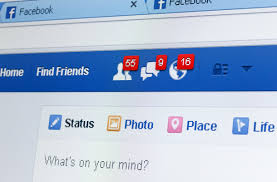 A More Connected World is a Better World

In an opinion piece written in May 2010 for The Washington Post, CEO and founder of Facebook Mark Zuckerberg, wrote in response to the public’s growing concern over user privacy:

In theory, Zuckerberg’s notion sounds ideal. However, the content users share can have unintended consequences for those in the LGBT communities—consequences that can’t be fixed through enhanced privacy settings on social media platforms alone.

An October 2012 article in the Wall Street Journal discussed this phenomenon. Bobbi Duncan, a student at the University of Texas, had her sexual orientation exposed by the head of the university’s Queer Chorus group when the group’s leader added her and another fellow classmate to their group’s page. The addition of her name to the group was blasted to Bobbi’s entire Facebook network. Like many people, Bobbi had been savvy about her privacy settings, preventing members of her network from seeing content that would expose her LGBT identity. A loophole in Facebook’s privacy settings alerted Bobbi’s Facebook network that she was added to the group, causing her father to discover that his daughter was a lesbian, leading to a significant disruption in their relationship.

Bobbi’s experience exposes an issue that goes beyond privacy. As with most new technologies, the rapid evolution of social media has introduced new challenges to which our culture must adapt, including issues not just of privacy, but of ethics.

When new technologies are introduced, there is often a delay between the use of such technologies and the development of appropriate standards for their use. An example might be the use of cell phones and texting during a movie or dinner date. When these standards are not yet developed, one must rely solely on one’s own judgment, morals, and values to guide behavior.

Tyler Clementi, the Rutgers student who took his own life, did so shortly after his sexual encounter with another man was broadcast via Internet video to his peers at Rutgers. What it means to use good judgment or to behave ethically is very much in play when discussing social media, a relatively new set of technologies with pitfalls made slowly apparent to its users.

Although social media platforms like Facebook have implemented solutions that protect an individual’s own privacy, they have done little to protect those users about whom content is being shared. For instance, a Facebook user has the ability to upload pictures of their friends without their consent. Even with increased control of content posted on a user’s wall, select posts on Facebook are often visible to large groups of people before they are vetted or even noticed by the person affected by this information, as in the case of Bobbi Duncan.

Exposing private information can have unintended consequences, particularly for the LGBT community, a minority population that frequently faces discrimination but is in the somewhat unusual situation of being able to choose to conceal or disclose status of belonging to this grouptheir sexual orientation or gender identity.

In order to explore the phenomenon of how frequently content is shared on social networks that exposes LGBT identities, I conducted a survey that asked how often content had been shared about respondents that exposed their LGBT identity. Fifty-five percent of the survey group reported that their LGBT identity had been exposed through social media. Of those who reported that their identity had been exposed by content shared, only eighteen percent reported that their peer asked for proper consent before posting. Of those who said that proper consent had not been obtained, 4%four percent indicated that they had faced negative repercussions, such as damaged family relationships, because of having their sexual/gender identity exposed without consent on social media platforms.

At this time, it is not standard etiquette to request permission from a person before posting content about them. And while this may only affect, or negatively affect, a small percentage of overall users, the consequences of these actions can be and have been severe for some LGBT users.

Not only are some users of social media cavalier about sharing content but few are informed about the laws that exist to protect the LGBT community. Users are often misinformed about the legal protections that exist, at times assuming wrongly that there are existing protections while just as often assuming wrongly that there are not.

Respondents were asked about several basic rights and laws that affect the LGBT community, including: workplace nondiscrimination; hate crimes and protections from acts of violence; nondiscrimination and anti-bullying laws in schools; and relationship recognition, including marriage, civil unions, or domestic partnerships. In each of these domains, there were notable numbers of people who were incorrectly assumed that their home state did or did not have protections within each of these key areas.

Figure 1: Respondents understanding of LGBT rights in their current state of residence. This survey was conducted before Maine, Maryland, and Washington passed same-sex marriage.

While at first review these statistics may appear minimal, they bring to light the limited awareness and inaccurate understandings surrounding legal protections for members of the LGBT community. For instance, a user in New York, where residents are protected by many LGB rights (not including transgender rights), may share content that exposes the LGBT identity of a user in Alabama or Mississippi, where these rights do not exist, potentially causing that individual to have her safety, job, family ties or other important life areas put at risk. This scenario highlights the significance of encouraging users of social media to think about the content that they are sharing and the negative consequences that the exposing content may have on their LGBT peers, even if they live in a state where LGBT rights are the norm.

Is a More Connected World a Better World?

Let’s recall Mark Zuckerberg’s quote in The Washington Post in which he states,

“If people share more, the world will become more open and connected. And a world that’s more open and connected is a better world.” In many ways, this idea does hold true. Content that is shared on social platforms serves as a communication tool, which can in turn educate others on cultural and societal differences within their networks. However, as we’re reminded by Tyler Clementi, Bobbi Duncan and the limited state of LGBT rights across all fifty states, we do not live in a completely tolerant society and there is still much more that needs to be done in order to increase acceptance of those in the LGBT community. Even though users may be exposed to LGBT messaging via photos, events, comments, shared news articles, etc., it does not mean that society at large is ready to protect those who identify as LGBT.

Because of this, two critical solutions need to be explored:

Because social media platforms are evolving to allow users to share more information, not less, with their online communities, putting the risk of exposing private information of LGBT users at the forefront, and it is critical that solutions to this growing phenomenon come to life. The exposure of private information, as it pertains to being LGBT in the United States, could cost a user their job, home, and be a threat to their overall safety and security, but that exposure could also have even more damaging effects for those who live internationally in areas where being LGBT could cost you your life. Our social technology has grown rapidly, but the development of these platforms and the education and ethics of how users behave needs to catch up.