Home > Articles > The Provocative Human Right to Be 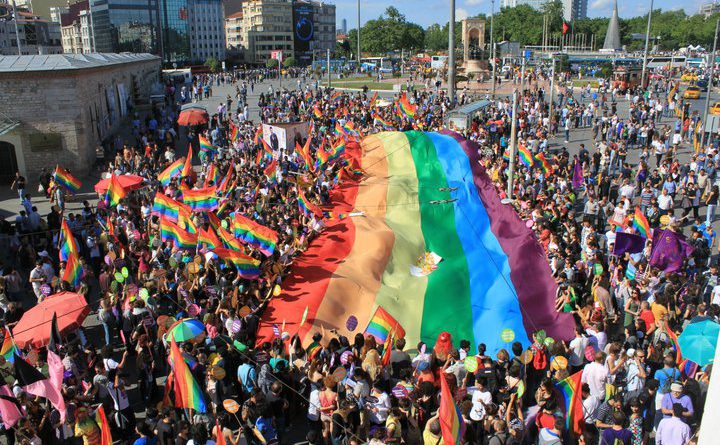 Chloe Schwenke is the vice president for global programs at Freedom House in Washington, DC. In prior employment, she served at the US Agency for International Development (USAID) as USAID’s Senior Advisor on LGBT Policy and as USAID Africa Bureau’s Senior Advisor on Democracy, Human Rights, and Governance. An openly transsexual woman, Schwenke is a development practitioner and academic with more than three decades of international experience, nearly half of which has been spent while living in developing countries.

She has worked in a senior capacity with some of the leading American development organizations and as an independent consultant on projects for USAID, the World Bank, and the Inter-American Development Bank. Schwenke was a Fulbright professor at Makerere University in Uganda from 2005 to 2006, and from 1995 to 1998 she was based in Durban, South Africa, where she was managing director of one of South Africa’s most successful town and regional planning firms.

Her scholarly interests include LGBT human rights, international development ethics, gender equality and female empowerment, urbanization, and leadership. As a practitioner, her experience has centered on the design, management, implementation, and evaluation of a wide range of LGBT, gender equality, local governance and decentralization, civil society capacity building, conflict, and leadership programming. Schwenke received her PhD in public policy at the School of Public Policy at the University of Maryland at College Park, where she was chosen as Alumna of the Year for 2013.

She has an extensive list of publications; among her most recent work is Reclaiming Value in International Development: The Moral Dimensions of Development Policy and Practice in Poor Countries. She also has a chapter on the ethical response to violent conflict in Africa in New Directions in Development Ethics and a chapter on development ethics in The Handbook of Global Communications and Media Ethics.

The U.S. government, under the leadership of President Barack Obama, has actively begun to address the plight of lesbian, gay, bisexual, transgender, and queer individuals living in developing, transitional, and conflict-prone countries around the globe. Transgender persons seek to be accepted as full moral agents in the gender identity that they sense at a very profound personal level, and they claim a human right of freedom in the expression of this authentic gender identity. This article illuminates moral justifications that argue for a foreign assistance response from the U.S. government on behalf of transgender persons in less developed countries.

“Even the definition of who is a man and who is a woman can be contested.”
— Raewyn Connell in Gender (Connell 2009)

At breakfast on a gloriously sunny Nairobi morning, Barbra and I barely noticed the food on our plates. Our table guest Audrey was holding forth with considerable agitation about the marginalization and misunderstanding of transgender persons within the larger East African gay, lesbian, bisexual, transgender, and intersex (LGBT) movement. While she vented, I marveled that such a conversation was even taking place, seated as I was in the relative security of a small suburban training college campus, together with civil society leaders of the LGBT movement of the five countries of East Africa.