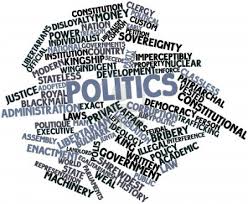 In 2010, a gay Rutgers freshman, Tyler Clementi, discovered his roommate had used a webcam to film him having sex with another man, encouraging other students to watch by posting the video online. Humiliated and distraught, Clementi jumped off the George Washington Bridge a few days later. His suicide confronted the public and policymakers, highlighting the painful connection between a tragic personal decision and the political culture that makes it probable, possible, and even more likely for a gay youth to end his life.

Russia’s recent enactment of anti-gay laws (and implicit endorsement of homophobic violence) underscores the political dimensions of a personal decision, as reports trickle out of increasing suicide rates among LGBT Russians. By stoking a political atmosphere that codifies homophobia and ignores violence against the LGBT community, the suicide of a gay person should be classified as a political suicide.

Intolerance and prejudice profoundly shape their targets—mentally, emotionally, and biologically. In response to a hostile political and social atmosphere, the automated nervous system of the targeted person goes into overdrive, rooting him or her in a constant state of fear. Historically, groups that experienced legal and social discrimination have experienced greater mental distress relative to other privileged groups. As a result, many of these marginalized communities have witnessed suicides in reaction to an oppressive and discriminatory culture (see: African Americans; Hispanics).

In the U.S., a robust body of literature has documented the effects of discrimination on LGBT youth. Compared to students who do not identify as LGBT, these students are twice as likely to try to take their own lives (glsen.org). This should come as no surprise. LGBT youth exhibit the key risk factors for suicide—substance abuse, depression, anxiety—at a greater rate than their heterosexual counterparts, indicating that even those who do not attempt suicide still suffer from mental distress from society’s intolerance.

Young people that attempt suicide aren’t simply reacting to a passive culture of intolerance. In a large study of LGBT students, a majority experienced verbal harassment at school and felt unsafe on school property. Slightly less than half experienced a physical assault on school grounds. Socially isolated, physically bullied, and insecure students become hopeless and begin to think of suicide as a way to end their pain.

Michael Walker, a journalist that reports on Eurasian politics, eloquently captures the link between homophobia and suicide:

We are looking at a health problem akin to HIV/AIDS in the early 1980s in the United States: under-reported, shoved under the rug, misunderstood even by many doctors, and something simply hoped by many to go away in the night and trouble them no further. But though suicide is not caused by a pathogenic virus, it is no less crucial and certainly no less deadly.

If suicide is a political problem, what steps should be taken to neutralize the conditions that contribute to LGBT suicides? Policy and political leadership can drive cultural change. Politicians have the power to frame issues and they can sanction or challenge the beliefs of the public they represent. They can create hope.

In the U.S., political acceptance of the LGBT community has evolved. President Barack Obama publicly supports marriage equality and his Justice Department refused to defend the Defense of Marriage Act. Historically socially conservative politicians increasingly voice messages of tolerance. Schools have cracked down on bullying. Homophobia has become an electoral liability across the political spectrum. This is quite the cultural sea-change considering that 10 years ago, only a handful of state and federal politicians were courageous enough to support LGBT rights given its public unpopularity at the time. Still, in that decade, the relentless advocacy of organizations pressured politicians to change. And many did.

The next generation of LGBT people will hate themselves less, feel more hope, and be accepted by their families and friends. Fewer will seek to escape stigma through a bottle or a drug. We hope that fewer will take their lives. The political shift will save many of them.

While progress on LGBT issues continues on its inexorable march forward in the US, a muscular homophobia largely fueled by Christian fundamentalists has developed abroad. Politicians in Russia, Uganda, and Nigeria seem to be competing to create a culture of oppression (Spoiler alert: You can’t win). LGBT activists and their allies in other countries must act to protect their communities from violent external threats and the internal trauma that accompanies being the object of hatred.

Political leaders have the moral obligation to pursue policies that combat stigma, criminalize anti-gay violence, and enact anti-discrimination laws in housing, employment, marriage, and public accommodations. In countries like Russia and Uganda, whose feverishly homophobic politicians seem unlikely to pass anti-discriminatory laws, a few courageous politicians must publicly oppose anti-gay laws. A record of dissent against discrimination, even if not politically “successful” communicates the same message that a person would say to comfort a friend in despair: You are not alone. You matter. I care.