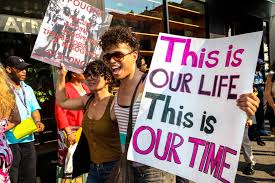 The authors are former student-leaders of various LBGTQ organizations and initiatives in Yale College and the Yale Graduate School of Arts and Sciences.[1]

Editor: AJ Lee
When Rachel’s grandfather wanted to help his family members resolve familial tension or hurt, he would take off his glasses, tilt his head down slightly, and say in a quiet voice but by no means a whisper, “Okay now, this is family talk. Just between you and me. Family talk.” He knew who the real enemies were – the Nazis who had blown him up and the men who harassed his wife at the park – and they were not in the room. Family talk was meant to forge understanding, togetherness, and growth, not to accuse, vilify, or splinter. Our commentary is family talk, which is why we have chosen this particular publication to share it; the Harvard LGBTQ Policy Journal is run by students (our subject of inquiry), tied to a university (our setting for reflection), and attracts a readership that is deeply interested in queer populations.

With that explanation, here we go. During the past few years as graduate and undergraduate students at Yale, we have witnessed too many incidents of low awareness and lack of critical thinking about the experiences of marginalization and oppression beyond the axis of sexuality that many LGBTQ students face. This limitation in recognizing intersectionality[2] — or the ways in which systems like sexism, racism, ableism, and classism intersect, overlap, and inform one another– in the experiences of classmates has resulted in many students suffering further pain and marginalization through their participation in LGBTQ university life. This reality is cause for concern and critical reflection. While in-group marginalization and misunderstanding is not unique to universities, university life provides a special opportunity for learning and development that risks not fully being realized without a conversation — without family talk.

Over the course of our years at Yale, we noticed that many campus LGBTQ events (sometimes simply billed as “gay”) primarily attracted gay cis male students and not many others. We talked with queer women, lesbian and bisexual women, and trans* and gender non-conforming students and found a cycle at play: the fact that LGBTQ events were being dominated by gay cis men led many lesbian, bisexual, gender non-conforming, and trans* students to feel nervous about attending, which in turn led to even lower attendance from this population. To remedy this, we began to organize dinners that were framed as “LBT” – for lesbian, bisexual, or queer women and gender non-conforming and trans* people via a campus group. The idea was to provide a space where this population felt comfortable socializing and meeting new people so that they could then jointly attend LGBTQ campus events with greater confidence than the space was indeed inclusive of LBTQ students. The dinners took off, and a cross-university community started to bloom. Some gay cis men encouraged us to organize these events and happily attended them as allies. But a surprisingly large number, all of whom were privileged along axes of identity other than sexuality (e.g. race, gender, or class), expressed anger and annoyance to us individually, in LGBTQ campus group meetings, or on various LGBTQ elists. Their comments centered on a mistaken sense that our events were intended to marginalize cis gay men and/or blame them for the challenges that many LBTQ people experienced in accessing LGBTQ community at Yale. Their reactions revealed a disinterest in understanding the experiences of marginalization of other members of the Yale LGBTQ community, in addition to insensitivity.

On the dancefloor at LGBTQ campus parties, other issues arose. Each author has had experiences of gay cis men touching her/their butts, breasts, or otherwise engaging in nonconsensual touching. When we objected, the men agreed that it would have been inappropriate if they were straight, but since they were not we were told to “chill out” or “have a gay old time.”[3] Many LBQ women and gender non-conforming students shared with us that they had similar experiences, noting that this could be hurtful or even triggering given past experiences of sexual assault, which 1 in 4 college women report.[4]

Back in university buildings, we witnessed other forms of low awareness within some campus organizations. In one case, some students vigorously questioned the value of holding guest lectures on topics other than same-sex marriage, such as homelessness among LGBTQ youth or violence against transgender people. In another case, an LGBTQ organization was criticized for the lack of racial diversity on its board, which at the time was almost exclusively white. The Board defended itself in part by claiming that a “comprehensive understanding of the issues” should be prioritized over a board that reflects the diversity of the community that it is charged with representing.

Our suspicion is that many within the LGBTQ graduate, professional, and undergraduate student community at Yale subconsciously feel that because we are marginalized along one axis of identity (sexuality), there is no need to be fully sensitive and awake to our potential for unintentionally marginalizing others simply by being part of mainstream, campus LGBTQ life and culture. These dynamics are not unique; most if not all marginalized communities and their social movements experience in-group misunderstanding that leads to feelings of pain and isolation for some.

However, the university is a special place. Consider the design of a campus quad: it creates an open space that is still part of and informed by the realities of the world but sheltered by university walls to cultivate intellectual risk-taking, community, open exchange, learning, and innovation. After a few years of many types of learning, including how to think outside of our own experiences, we take what we have learned in the university’s shelter and go out into the less-safe world. Admittedly, this beautiful idea often falters; too many people do not have access to higher education, and sometimes universities, like all powerful institutions, reinforce systems of racism, sexism, ableism, and so on.

But because of the special intent of universities — to provide safety to learn boldly — this is an ideal and important moment in life for LGBTQ people fortunate enough to be at such institutions to invest time and thought into better understanding each other’s experiences. Scholarly and activist work around intersectionality puts words to our lived realities of experiencing privilege in some ways and oppression in others.[5] It helps to put clear terms to the truth that being marginalized along one axis of our identity and existence does not automatically make us understand what being marginalized along a different axis is like. An intersectional understanding of our community prompts many of us who experience privilege — whether along axes of race, class, gender, ability, or any other — to be more accountable and conscious of how behaviors that are intended as normal or harmless can actually hurt or silence others. Cultivating this understanding requires safe spaces for dialogue and openness to new ideas and experiences — the ideal cornerstones of university life.

Our concern is that, even as students and former students of the so-called “Gay Ivy,” there is far too little conversation, awareness, and sharing about these issues. We fear that this is a profound yet missed opportunity that may have far-reaching repercussions for LGBTQ justice and community, particularly as many of us enter or return to professional journeys seeking leadership opportunities. We do not deny that these conversations are often difficult and personally charged. However, when we interpret these conversations not as “family talk” but as internecine warfare or personal attacks, as is too often the case, we preclude opportunities for growth as individuals and as a community.

We conclude with questions to the student readership of this publication: How can we shore up safety within LGBTQ university communities to catalyze bold learning from each other? How can we better understand our marginalization and oppression as valid but also distinct from those experienced by our peers? How can we help ourselves and others acknowledge that – even as marginalized people – we are often still complicit in structures that marginalize others, including our peers? In short, how can we cultivate more loving and transformative “family talk” to make our communities and movement more inclusive, open-hearted, and effective than they are today?

[1] The authors are grateful to fellow undergraduate, graduate, and professional students and alumni of the various schools at Yale for sharing their insights and experiences about LGBTQ university life. This helped tremendously toward the development of the commentary.

[3] A recent essay in Jezebel covered well the topic of misogyny and nonconsensual touching of women in some gay cis male cultures. Guha, Rohin. The Myth of the Fag Hag and Dirty Secrets of the Gay Male Subculture, Jezebel, 25 January 2014. (http://jezebel.com/the-myth-of-the-fag-hag-and-dirty-secrets-of-the-gay-ma-1506868402)