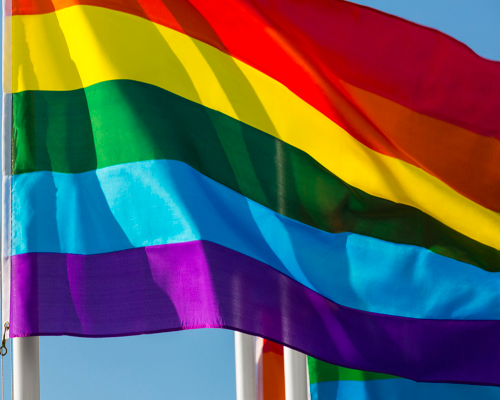 I am often underwhelmed at people’s reactions to learning I’m gay. I am baffled when straight and straitlaced men take this in stride. I often feel like screaming, “Did you hear me?! I said I put a penis in my butt, on purpose, for fun!”

But to do so would undermine much of the rhetoric that has gotten gays, and especially gay men, to where we are today. As David Valentine points out in Imagining Transgender, gay men have won acceptance into mainstream society precisely by keeping quiet about the sex we have. Valentine explains: “mainstream gay and lesbian activist[s claim] that homosexual people are essentially the same as heterosexual Americans but for the one fact of privately experienced and conducted sexual desire” (63, my emphasis). He goes on to explain how the seminal Lawrence v. Texas case enshrined this ideology into law by claiming that it was the petitioners’ privacy that was invaded (ibid.), instead of claiming, for example, that they deserved special protections. I want to scream about the icky sex I have because I would have preferred the latter ruling: I shouldn’t have to keep quiet about something in order for it to be okay.

In the gay community, the emphasis on privacy was initially conceived of as a weapon against the tendency of doctors and society at large to pathologize homosexuality. Doctors would “diagnose” homosexuality based on outward signs of “inversion.” In response, gays claimed that their sexual desire was internal and not necessarily connected to any outward sign. This ideology has come to dominate mainstream LGBT activism. Stonewall, the UK non-profit, has launched a campaign that exemplifies this trend: a poster will feature two “normal” looking people, with copy that reads, “One is gay. If that bothers people, our work continues.”

The logic of the posters is dangerous: gay people deserve to be free of persecution only because they are indistinguishable from straight people. If one model had limp wrists and eyeliner, the posters wouldn’t work. Similarly, the campaign would not have worked in a time before sexuality was understood as interior and thus invisible. But more importantly, it contributes to the idea that sexuality is invisible: by showing us two “normal” looking people and insisting that one is gay, it teaches us that gayness can’t be seen.

This thinking pervades American culture. Even more than ever, we are obsessed with the gay man who “passes,” as most obviously exemplified by the media fascination surrounding, say, a gay pro athlete or the gay CEO of a tech company. Well-meaning people will now go to great lengths to avoid saying someone looks gay. This is not a good thing or a bad thing—it is only indicative of the new norms surrounding the public conception of what gayness is. We respect the privacy of gays to the point of thinking that it is best to ignore their gayness. That’s a bizarre definition of respect.

Thus, privacy has led to invisibility. What is troubling about the invisibilization of gayness is not that there are some gay people who want to be CEOs and who don’t act flamboyantly. The problem is that the freedom that those people have won to lead those normal lives has been won at the cost of people who want to lead non-normal lives. Because the advocacy teaches us that sexuality cannot be seen, it fails to protect people whose sexuality can be seen. Teaching that safety should be delegated based on “normal appearance” implicitly teaches that those who do not look normal do not deserve safety. Teaching that privacy is the basis for acceptance fails to protect those who choose not to keep their lives sufficiently private.

Even more than gay mannerisms or appearances, though, society has made sure that gay sex cannot be seen. In order to become “normal,” gay men have had to neuter our infamously overflowing sexuality. The new face of the gay movement is one of monogamous, romantic love. Gay men’s famed sexual abundance has been turned against us: while we once cited it as proof of our sexual liberation, now members of our community are citing it as proof that we don’t have the right values. When he was “straight,” Ricky Martin was a sex god. Now, he’s a dad decked out in virginally white and loose-fitting clothing.

Gay sexuality has also been hidden from public view in a more literal sense: Cruising and hustling, once performed in public, have been relegated to online media such as Grindr and Rentboy.com. Even flirtation happens more frequently online: no dearth of older men have complained to me that no one in gay bars talks to each other any more (never mind that this is manifestly untrue). Gay sex and gay flirting happen on the privacy of your smartphone now. Again, this is neither good nor bad: technology is not a less “legitimate” way of connecting with people. It is just indicative of the evolving values of the gay community—apps let our gayness be more discreet.

And indeed, gay men’s preference for keeping their sex lives private is evident not just in the fact that they are using online apps to look for sex, but also in the kinds of sex they are using these apps to look for. As any casual user of Grindr would know, calls for “straight-acting” and “masculine” men who “aren’t part of the scene” are commonplace. All of these phrases are code for a man who does not present as gay, who keeps his gayness “private.” Considering the men I’ve seen self-describe as “masculine,” it’s clear that the ideal that these terms invoke is not about physical stature (which a “gay-acting” man could possess), but rather about being somewhat reserved, calm, and unemotional—in other words, quite traditionally “masculine.”

These terms are doing the same work as Lawrence v Texas, the Stonewall ad campaign, and Buzzfeed lists of romantic gay couples: they are keeping gay sex private. “Straight-acting,” especially, does this in two important ways. First, it explicitly erases the fact of a man’s sexuality—it fetishizes the fact that his gayness is invisible. And the fact that this term often goes hand-in-hand with “masculine” suggests that, in addition to sexuality, it is also defining the man’s gender. That is, a man is “masculine” insofar as he is “straight.” This erases gay masculinities and shames gay men who are not masculine or not attracted to masculine men. And because this term is functioning within a community of people who often understand themselves to only be attracted to “men,” to have your maleness questioned is to have your space in the community questioned. “Straight-acting,” then, paradoxically excludes from the gay community precisely those men who are “gay.”

But more powerfully, the term teaches us a notion of sexuality that is about everything except sex. If someone who engages in the only really definitively gay act—gay sex—can still be “straight-acting,” then clearly we are talking about definitions of gay and straight that have nothing to do with sex. We’re talking about the way he dresses and what he does with his hands when he talks. “Straight-actingness” depends on extra-sexual definitions of sexuality, but it also foregrounds the importance of them. It takes the “homosexual” out of “gay,” even as these men continue to have homosexual sex. It makes their sex private.

This “privatization” of sex has worked hand-in-hand with gay men’s efforts to gain mainstream acceptance. Last year, the Advocate named Pope Francis the Person of the Year. The authority of the Catholic Church has recently been invoked in an attempt to exempt employers from covering birth control for their employees; for gays to claim legitimacy under the same aegis presupposes a troubling complicity in a violently de-sexualized ideology.

Perhaps this desexualized gayness is most evident in the current discourse around H.I.V. / AIDS. In this arena, our refusal to talk about gay sex has allowed the conversation to veer away from prevention and treatment and into prosecution and punishment. Most mainstream coverage of the ongoing H.I.V. crisis focuses on the risky behavior of young gay men. An article in the New Yorker decries the supposed ignorance of those of us who weren’t around for the initial outbreak. It’s common to claim that we don’t understand the risks we are taking when we have unprotected sex. And the New York Times’ coverage of Truvada, the first FDA-approved H.I.V. prophylactic, centers on the same misplaced anxieties that accompanied the advent of birth control and Gardasil: people will have more and riskier sex.

I would remind the writers of these articles that H.I.V. / AIDS is a virus, not a punishment. It’s something you can get from having unprotected sex, not something you get because you had unprotected sex. It’s as if we now resent AIDS not as a public health threat but rather as a insistent reminder that gay men keep having gay sex. And to silence our sex, society’s treatment of the disease is becoming increasingly punitive. This fact sheet gives a good summary of how H.I.V. has become criminalized in a majority of U.S. states. As the sheet outlines, criminal charges can be pressed even against people who engaged in consensual sexual contact that did not result in transmission and even posed no risk of transmission.

The gay man’s fetish for “straight-acting” men did not cause this mistreatment of H.I.V. in the media and legal systems. And it doesn’t cause the ad campaigns that advocate only for the assimilated gay man. But by valuing and actively contributing to the invisibilization of gay sexuality, it is part of the same trend. It is part of the trend of erasing gay men’s sexuality and thus only protecting them to the extent that they conform to the “normal” standard of the straight man. This is done in the name of “privacy,” but it is clear by now that this is not a privacy being awarded to gays, but rather one being imposed on us.

And so privacy is exactly what I wanted to challenge with my opening anecdote. I want to scream out about the kind of sex I have—about what exactly it involves—because I think that’s a necessary step in society coming to terms with male homosexuality. Our sex is a symbol of the fact that equality is not equity. We can look and act straight all we want, but as long as we keep pretending we have sex like straight men, too, our mode of attack against H.I.V. / AIDS will remain dangerously misguided.

Fetishizing straight-acting men is not, itself, the problem. The problem is that this fetish is not simply a sexual preference: it is part of a larger project of valuing the members of our community who are least accountable to it—those who, owing to their “masculine” mannerisms, can merely choose when to be identified with it. This project has valued and advocated for these men at the expense of others, thus endangering the non-straight-acting among us. The problem is not that some of us are straight-acting, but rather that we have to be straight-acting in order to be safe.

“Zach Howe has written for Slate, Full Stop, and Blunderbuss Magazine, where he was formerly Senior Editor. You can find him on Twitter and Instagram at @proudneoliberal. He lives in Brooklyn.”