Home > Op-eds > LGBT rights and democracy: What to do when we don’t like thosewho are helping us out? 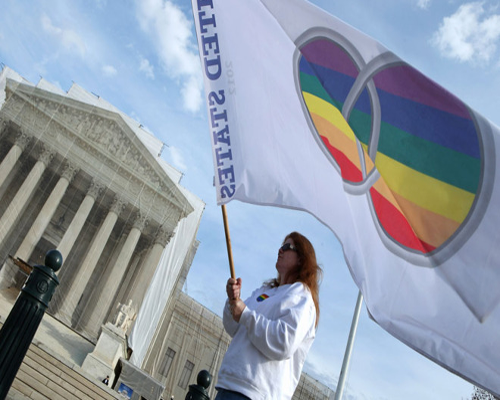 Mavi Suselwas the first transgender person to receive sex-reassignment surgery in Cuba in 1988. She came to be well-knownthrough the Cuban film “In the Wrong Body” (“en el cuerpo equivocado”), in which she shared her journey of dealing with gender identity. Her story represents great progress for the LGBT movement in Cuba. And yet, as easy as it may be for Mavi to showcase her story as the incontrovertible proof of the progress witnessed in this front in Cuba, it is less clear what the response from LGBT advocates both in Cuba and abroad should be.

In the same film, Mavi states how “Inclusion and struggling against any form of discrimination serves to strengthen socialism. It promotes increased production in industry and agriculture that benefit all the people, and builds unity against imperialist efforts to undermine and destroy socialism,” which underscores how many of the well-advertised breakthroughs in LGBT rights in Cuba go hand-in-hand with strong political support for the current regime, despite the many violations of Cubans’ basic civil liberties.

Such situations pose a pressing dilemma for the LGBT community in these type of countries, and their allies around the world:what stance should LGBT movements around the world take toward countries that advance LGBT rights while using it as a stage to endorse undemocratic practices in their countries?What about totalitarian states, or elected governments with undemocratic practices, that declare support of gay rights in their countries? With these countries, any advancesin gay rights seem to be a startling development to the world; yet, it could also be argued that this group of countries seems to embody a nascent club that is well-versed in the practices of pink-washing.

Even within this peculiar group of states, the degree of support for gay rights or degree of totalitarianism varies phenomenally.In Venezuela, President Chávez consistently made explicit his support for the LGBT population in the early 2000s, even mentioning his regret for not including a special provision for gay rights in the newly-approved 1999 constitution. However, by 2012, during his presidential campaign for reelection against opposition candidate Henrique Capriles, Chávez frequently addressed his contender as “fascist,” while the state-owned media accused Capriles of being “gay and Jew” (this even involved publishing a cartoon with Capriles´ face wearing pink underwear and a swastika sign on his arm).

This phenomenon is even more evident in North Korea, where the Korean Friendship Association (an organization sponsored by the DPRK government) stated: “As a country that has embraced science and rationalism, the DPRK recognizes that many individuals are born with homosexuality as a genetic trait and treats them with due respect. Homosexuals in the DPRK have never been subject to repression, as in many capitalist regimes around the world.”

However, I had the chance to discuss this press release with several tour guides in Pyongyang this year, and they stated that there are simply no gays in North Korea, and the whole idea of gay culture represents a foreign concept for their people. Oliver Hotham, in an article on “being gay in the DPRK,” mentions how many defectors only came to cope with the idea of gay people after they left North Korea. Moreover, he mentions how a passage in a state-produced short story called “Snowstorm in Pyongyang” regarding the capture of the USS Pueblo in 1968, shows the captured American sailors begging their North Korean captors to allow them to engage in gay sex (a depiction that seems to have been meant as a form of humiliation).

Such practices are generally repulsive to people across the political spectrum in the western world. However, it is also true that there are many countries that have indeed truly advanced gay rights for their citizens, even as they continue to advance anti-democratic agendas. This is when consensus on how to approach this kind of governments dissolves.

If we take Argentina, President Cristina Kirchner managed to pass through Congress a bill for gay marriage.By the end of 2012,5,839 marriage licenses had been issued for same-sex couples in Argentina. That is unequivocal progress for the LGBT movement in Argentina. However, the government that pushed this bill forward is the same government that has censored media in the countryin clever ways. A paper from Rafel Di Tella, a Harvard Business School Professor,showed a strong negative correlation between the willingness of Argentine media to cover government scandals and how much money these news outlets receive from the government.

Cuba also belongs to this group. While holding the position of least democratic government in the Americas, being ruled by the Castro family for more than 50 years, it is now also becoming well-known for more “gay-friendly” statements and policies, advanced chiefly by Mariela Castro. Mariela, daughter of President Raul Castro, and leader of Cuba’s National Center for Sex Education, has become a strong advocate for LGBT rights in Cuba and in the region. Today, sex reassignment surgeries are free of charge for Cubans. But Mariela, for all her effortsto generate awareness on these issues, still embodies the privileges of belonging to the most powerful family in Cuba, whose power and influence derive from the dictatorial practices of the system her uncle and father have put in place in the country.

So, what should the LGBT community’s stance toward these types of regimes and their positionson gay rights be? It is certainly difficult to blindly make afull endorsementof the progress of gay rights in these countries when we are fully aware of how many other human rights are being curtailed every day in these same places. From the activists’ point of view, with these type of governments, your survival as a gay rights movement depends on how compliant and non-threatening you are to the current group in power and the status quo as a whole. This necessarily means a certain degree of blindness toward other human rights transgressions in order to preserve the space they have been permitted within these states. This dynamic is coined as “pragmatic resistance,” and seems to be frequently employed by the gay rights movement in Singapore.

This is certainly not a one-size-fits-all answer to this predicament. It is hard to think of LGBT advocates celebrating advances made in countries where they might not even have the right to vote in competitive elections, or where state-sanctioned racial or religious discrimination is widespread. Turning a blind eye toward the repression of other civil liberties, some might argue, might even undermine the legitimacy of LGBT advocacy groups as activists genuinely concerned with human rights as opposed to a pragmatic interest group looking to advance their own agenda at the expense of the rest.

And yet, history is full of compromises of this sort, where progress on one front comes at the expense of other causes. We see this in how dictatorial regimesfell in Latin America but left behind institutions that preserved the economic interests of those circles being stripped of political power; take, for example, Chile’s Pinochet and Venezuela’s Pérez Jiménez.

This is not to say the gay community should unconditionally embrace offers from these hybrid regimes. Progress on gay rights should never come at the expense of regressing on the rights of others. But that is not to say, however, that progress must come simultaneously from all fronts. It is in these delicate situations where the international LGBT advocacy groups should be more vocal about denouncing human right violations from these sometimes-dubious regimes in ways that domestic LGBT groups probably could not afford to.

Ultimately, the least effective policy is that which is never implemented. No progress on gay–or human rights in general, can be achieved waiting on the sidelines for governments to advance simultaneously on all fronts of civil liberties. This is why every victory in the struggle for civil liberties will help advance issues well beyond the LGBT community, and from a more robust platform than before.We should be glad that stories like Mavi’s exist in Cuba and many other places. After all, these stories may help inspire other successful stories within the broader human rights umbrella in the years to come.

Alfredo Guerra Guevara is an MPA/ID candidate at the Harvard Kennedy School.