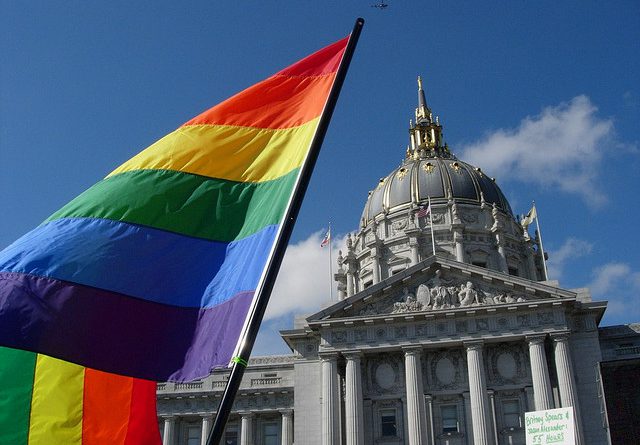 It seems like with each passing day another state is added to the list of jurisdictions recognizing full marriage equality under the law for same-sex couples. Whether you’re the Executive Director of one of the nation’s largest LGBTQ-rights non-profits, a community member volunteering her time at a local LGBTQ homeless shelter, or a high school student just coming to terms with his LGBTQ-identity, it is an exciting time in our movement’s history toward advancing the rights and dignity of LGBTQ people across the nation and around the globe.

However, even as more states recognize the freedom to love, many of these same states lack basic protections from discrimination against LGBTQ people. This absence leaves thousands of couples in the awkward position of being fully married under state and federal law, but unable to be fully out and open in the workplace and their communities out of fear of discrimination in employment, housing, and public accommodations.

Moreover, issues often lost in the media—homelessness, unequal access to healthcare, and systemic violence against our communities, to name a few—are nevertheless of critical importance to our full acceptance into society as LGBTQ individuals. Consequently, we still have much to do to achieve full equality as a community.

It is with this in mind that the Journal’s Editorial Board enters 2015 with a to fulfill our mission:

“To promote innovative and thought-provoking research, challenge commonly-held beliefs, and move the conversation forward on rights and equality for LGBTQ people.”

With the academic year off and running, I wanted to share with you a couple of important updates regarding our work.

Our blog | Today we relaunch our blog and website to our community. Over the coming weeks, we will begin to roll out a series of blog posts as well as the articles that were part of the 2014 print journal. Please consider following and sharing our content on social media!

2015 Print Journal Proposals | We received an impressive 37 proposals for this year’s Print Journal. That’s nearly triple the number of proposals we received last year. Thanks to all of those who contributed a proposal.

Buy 2015 Print Journal | Lastly, please consider buying a pre-order of our 2015 print journal, set to be published next spring. Only with your support can the journal continue to thrive and fulfill the lofty mission we’ve set for ourselves.

As always, thank you for your support. If you have any questions or suggestions we would love to hear from you (lgbtq_journal at hks.harvard.edu).