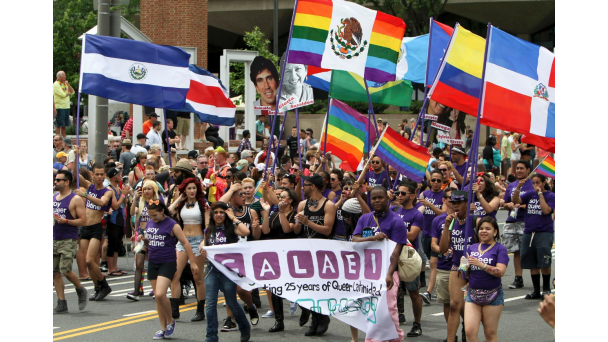 Starting in late 2011, “LGBT rights” became a prominent and contentious part of the international development agenda. While most of the resulting attention has been directed to questions of aid conditionality, this essay instead aims to preliminarily map the range of policies set out by twelve of the largest development agencies on “LGBT” or “SOGI” rights. We seek to further research and policy discourse in this dynamic field by suggesting frameworks for assessing our findings and future changes in light of the histories of development, rights, and sexual diversity and also with regard to contemporary concerns within development studies about listening, accountability, “do no harm” concepts, and attending to distinctions between policies and practices that transform unequal power relations and those that sustain them.

Beginning largely in late 2011, leaders from the US, Europe, and some multilateral institutions made statements in support of “LGBT people” globally. For the first time, many major world figures were speaking not only about the plight of LGBT people generally but proposing to leverage the resources and authority of their own states and institutions, particularly international development institutions, on behalf of this marginalized population. UK Prime Minister David Cameron called for an end to the British colonial-era laws that criminalize sexual relations between people of the same sex, still in effect in many countries, and noted that the UK should consider making its development aid conditional upon adherence “to proper human rights” for LGBT people.

US Secretary of State Hillary Clinton stated, “Gay rights are human rights, and human rights are gay rights.” Following her speech, President Obama directed all US agencies involved in foreign policy and international development to ensure that their work protects and promotes the human rights of LGBT people. UN Secretary-General Ban Ki Moon voiced his solidarity with LGBT people: “Your struggle for an end to violence and discrimination is a shared struggle… and I call upon all countries and people to stand with you.” Supporting UN action but opposing the calls by other leaders for conditioning aid,, he concluded, “I firmly oppose conditionality on aid. We need constructive actions.”

Never before have so many major world leaders spoken publicly in support of the rights of people in aid recipient countries who are not normative in their sexual orientation and/or gender identity/expression. Never before have they publically suggested that there should be a relationship between international development policy and the circumstances of this population. By 2012, a major global change was fully underway, as was a disagreement about whether this change should happen and what shape it should take.

While the initial round of speeches was globally applicable and broadly directed, it had impacts on the daily lives, risks, and support systems of real people in specific places. In Ghana, for example, political and religious leaders responded by speaking against “homosexuality.” The president at the time condemned Cameron’s statements, noting that he would not kowtow to the “threat” of imposing “gay aid.” Community violence in the country toward self-identified or perceived LGBT people was reportedly increasing in the months prior to the statement, and activists reported that the statement served to invigorate this mounting moral panic by inadvertently positioning homosexuality as a “western import” and making it “difficult” and “risky” to continue to implement support programs. Diverse aid recipient countries from Pakistan to Jamaica and Nigeria have also experienced more and/or more visible violence and oppression toward people who are non-normative in their sexual orientation and/or gender identity/expression in recent years. US, European, and multilateral leaders had thus injected this new rhetoric into complex, tense, and high stakes contexts.

Our paper seeks to examine this new rhetoric, to carry out a preliminary mapping and exploration of related changes in development policy and practice, and to suggest some frameworks for analyzing the potential effects of the changes with a practical eye toward improvement given that agencies will undoubtedly continue work around “LGBT” issues. In Section II, we flag some challenges in terminology, recalling that “LGBT” and “development” have specific histories and limits. In Section III, we briefly historicize development’s engagement with human rights and then then take stock in broad terms of the changes in development agency policy and leadership statements as they pertain to sexual orientation and/or gender identity as described in publicly available documents.

We find that most of the leaders from twelve of the largest international development donors have made high-level statements in support of “LGBT rights” in aid recipient countries and/or globally since 2011. In terms of policy change, we look at inclusion of this population in a) strategic and core policy, b) internal non-discrimination policy, and c) external non-discrimination policy. We note that seven of the twelve have integrated LGBT rights or sexual orientation and/or gender identity (SO and/or GI) into their institutional mission or core policies, or have a public policy specifically on the matter. And yet strikingly, nearly all of the development agencies lack clear, publically available policies ensuring that aid is not used by implementing partners in ways that could discriminate against or harm people based on sexual or gender difference.

In Section IV, we raise and analyze three potential areas of concern. First, we flag questions about insufficient consultation with affected activists and communities in some initial high-profile announcements about development aid and LGBT rights. Second, we note that current “LGBT specific” efforts work in isolation of an assessment of overall programming, such that agencies have no sense of harms arising from general programs for people marginalized based on their sexual or gender difference. Finally, we emphasize that the development policies and rhetoric to date have tended to focus on a reified set of identities and terms, a practice that may rob development agencies of engaging in a more transformational project that addresses the underlying factors that generate violence, oppression, thus encompassing a benefit for all people who differ from mainstream conceptions of sexual or gender normality in a particular community, not just LGBT-identified people. We conclude in Section V. by offering two overarching takeaways about the state of LGBT rights and development policy conversation.