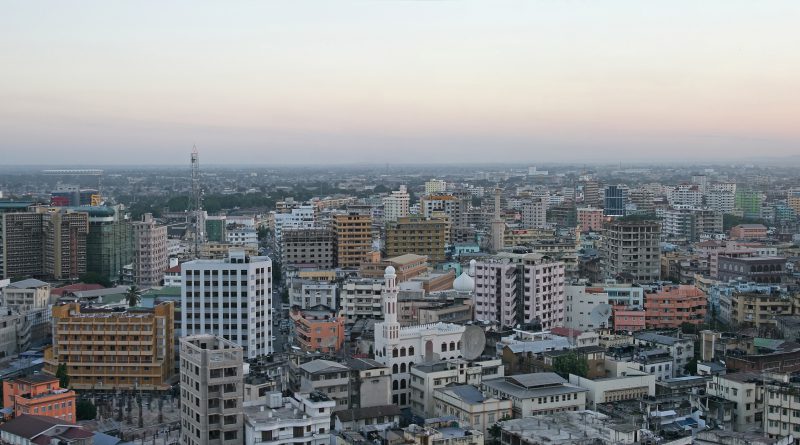 Optimism on the part of some respondents as to the future of sexual minorities in Tanzania is promising. That Tanzania has not experienced the same degree of political hostility towards gays and lesbians that has been seen in other countries might also suggest a possible improvement in attitude from the government and public. However, homosexuality continues to be criminalized. In order to improve the climate for LGBT advocacy, I argue that aid donors should try to ensure that assistance to civil society supports advocacy and assistance for sexual minorities.

Dar es Salaam is the largest city in the United Republic of Tanzania. Homosexuality has been criminalized in Tanzania and its predecessor state of Tanganyika since at least 1954, when the Penal Code was amended to criminalize “unnatural offences” and “acts of gross indecency.” In 1998, the penalties for these offences increased.

At present, the Tanzanian Penal Code penalizes a person who “has carnal knowledge of any person against the order of nature” or “permits a male person to have carnal knowledge of him or her against the order of nature.” Penalties include life imprisonment or a term of imprisonment of not less than thirty years. Attempts to commit an “unnatural offence” or to have an “unnatural offence” committed against oneself carry the penalty of imprisonment of not less than twenty years. Applying specifically to acts between males, Section 157 of the Penal Code imposes a penalty of five years imprisonment for acts of “gross indecency”, whether in private or public, or attempts to procure an “act of gross indecency” by a male or between males. The penalties provided in the Tanzanian Penal Code are among the highest in the world. They are rarely directly applied, but organizers and activists have been arrested on charges of prostitution and vagrancy. In 2012, one gay activist with connections to LGBT NGOs was found killed in his home—though government involvement does not appear to be suspected.

To my knowledge, there have been no efforts at the national level to introduce amendments to current laws either to relax the penalization of homosexuality or to expand prohibitions on homosexuality to include the “promotion” of homosexuality, as has been enacted in some countries. While Tanzania is currently undergoing a process of drafting a new constitution, the revised constitutional draft does not refer to sexual orientation.

Some government policies, namely those produced by or under the auspices of the Tanzania Commission for AIDS (TACAIDS), address strategies to reduce rates of HIV/AIDS, and have called for the inclusion of men who have sex with men (MSM) in prevention and treatment strategies. Prevailing government attitudes towards sexual minorities nonetheless appear negative. The present administration of President Jakaya Kikwete responded negatively to reports that British foreign aid could be linked to LGBT rights, with the foreign minister stating that, “[h]omosexuality is not part of our culture and we will never legalise it.” In May 2013, allegations that an opposition party held views in favor of tolerance of homosexuality led to an outraged denial on the part of that opposition party. An official of the Commission for Human Rights and Good Governance (CHRAGG)—the national focal point for human rights—told Human Rights Watch that sexual minorities are not included in its work.

At the level of civil society, while Tanzania has prominent national human rights NGOs, the Legal and Human Rights Centre—one of the most prominent of these NGOs—has publicly taken the position that homosexuality is contrary to Tanzanian culture. Accordingly, the main annual human rights report published by the Legal and Human Rights Centre does not contain specific language on violations of human rights of sexual minorities. To my knowledge, other established human rights and legal aid organizations in the country, while providing assistance to vulnerable populations, do not assist or advocate for sexual minorities.

Prior research on sexual minorities in Tanzania exists, but has tended to focus on responses to HIV/AIDS. Research in this category usually focuses on health risks associated with HIV/AIDS among MSM. In 2009, one Tanzanian and two international NGOs submitted a shadow report, primarily citing news reports, on the rights of LGBT persons in Tanzania in relation to Tanzania’s periodic report to the UN Human Rights Committee. In 2012, Human Rights Watch released a report on sexual minorities, prostitutes, and drug users in Tanzania. Focusing primarily on Dar es Salaam, the Human Rights Watch report documented egregious instances of maltreatment of sexual minorities and other vulnerable populations by government authorities, including physical abuse, rape and other forced sexual acts by police against sexual minority men, and refusal by police to address complaints by sexual minorities about crimes perpetrated by private persons.