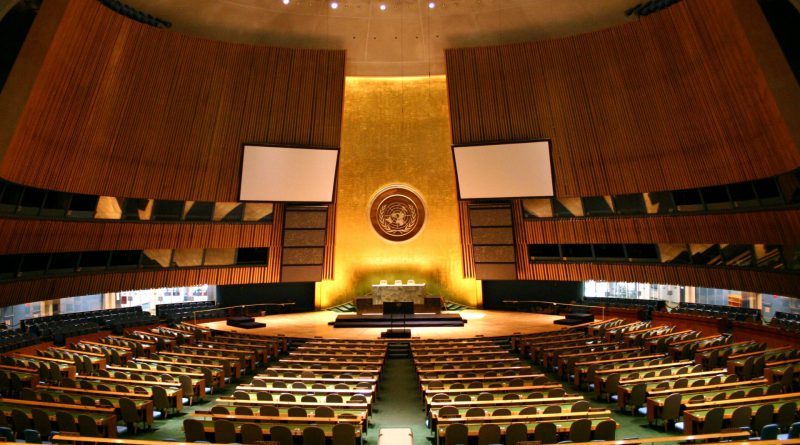 On March 31st 1994, a historic decision was made at the United Nations (UN) regarding lesbian, gay, bisexual and transgender (LGBT) human rights. The UN Human Rights Committee ruled that an Australian law criminalizing all sexual relations between consenting adult men violated the human rights of Tasmanian activist Nicholas Toonen, and subjected him to the threat of arbitrary arrest and detention. For the first time in history, the UN made clear that the human right to live free from discrimination applies to everyone, regardless of sexual orientation.

Almost 20 years later, “homosexual acts” are illegal in 76 countries, and punishable with the death penalty in five. Moreover, in all regions of the world systematic homophobic and transphobic violence has been recorded, including murders and rapes, driven by a desire to punish those seen as defying gender norms. For example in South Africa, which was the fifth country in the world to legalize same-sex marriage, and yet “corrective rape” is a documented form of sexual assault in which women perceived as lesbians are raped to “be cured” from their sexual orientation. Additionally, in a survey of 57 countries, approximately 1,123 murders of trans people were reported between 2008 and 2012.

Are the United Nations sufficiently engaged in protecting the human rights of LGBT people? Radical progress was made during the past 20 years, but the road ahead is still long. Potential levers of change for greater equality include marshaling allies to openly and effectively protect LGBT human rights, collecting usable data on abuses against LGBT people, fully supporting LGBT employees within the UN, and associating with local civil society organizations struggling for sexual orientation and gender identity rights.

A Concert of Nations: The Geopolitics of LGBT Rights

When thinking about progress at the UN, it is essential to consider its role as an intergovernmental organization – a political entity formed by 193 countries. For instance, resolutions that are introduced at the General Assembly (UNGA) are voted on by all Member States and require a majority to pass. The short history of LGBT issues in the UN General Assembly demonstrates that States have the authority to effectively support LGBT rights or to rally against any reference to LGBT rights in UNGA declarations.

In late 2008, for example, France and the Netherlands co-sponsored the UN Declaration on Sexual Orientation and Gender Identity, which pushed for the specific protection of LGBT people at the UNGA for the first time in history. The declaration stated that “human rights [must] be applied to all human beings, regardless of their sexual orientation or gender identity”. Only sixty-six Member States, mostly in Europe and Latin America, supported the declaration, and it was not adopted. An opposing statement followed the declaration, arguing for the right of countries to “decide on morality, public order and the general welfare in society”. Nearly sixty countries voted for the opposing statement, led by the Organization of the Islamic Conference and with the backing of the Holy See’s observer mission. Some countries refused to support either document, including the United States, Russia and China. Recognition of LGBT rights at the UN has historically proven deeply divisive.

The politics of LGBT rights also manifest themselves in indirect ways. In 2012, for example, a resolution called on States to protect people from unlawful executions on the basis of their gender identity, among other grounds. While protection on the basis of sexual orientation had been included for the past 12 years, the introduction of gender identity sparked controversy and the resolution had to be put up for a vote: The reference was ultimately kept, with 86 countries in favor, 44 opposed, 31 abstaining and 32 absent. Indeed, the success of LGBT protections greatly depends on the willingness of Member States to promote and engage with principles of equality.