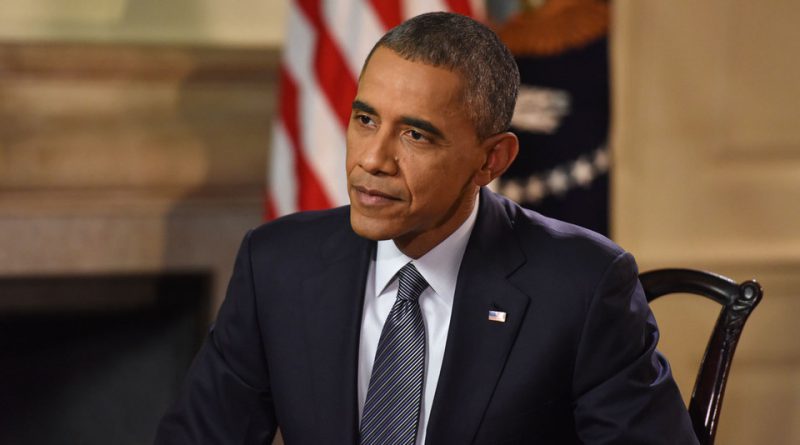 By Crosby Burns and Ted Sands

As the Supreme Court sends its strongest signal yet that full marriage equality is coming to the United States, President Obama sat down last week with Buzzfeed News’ Ben Smith and Chris Geidner where he predicted a favorable outcome for same-sex couples this spring:

“My sense is that the Supreme Court is about to make a shift, one that I welcome, which is to recognize that — having hit a critical mass of states that have recognized same-sex marriage — it doesn’t make sense for us to now have this patchwork system…It’s time to recognize that under the equal protection clause of the United States [Constitution], same-sex couples should have the same rights as anybody else.”

President Obama’s comments came just after the Supreme Court refused to put a hold on a federal court ruling determining Alabama’s marriage-ban as unconstitutional. In doing so, the Supreme Court effectively added Alabama to the growing chorus of states across the US—now 37 out of 50—that extend the freedom of marry to same-sex couples.

Granted, legal standing does not necessarily translate to marriage equality. Many anti-gay Alabama city clerks continue to refuse issuing marriage licenses to loving same-sex Alabamans, even as further court rulings mandated them to do so. Further, many counties in Florida stopped issuing licenses altogether to avoid wedding same-sex couples.

Still, most analysts view the Supreme Court’s ruling on Monday as a harbinger that a majority of justices will finally make marriage equality the law of the land.

This is welcome news. And certainly a cause for cautioned celebration.

But the President’s remarks—and many like his—simultaneously feel both liberating and confining. On one hand, such national endorsement of equality sends an even stronger signal of support to the LGBTQ community. However, when it comes to protections not just of our marriages, but of our identities, federal inaction still leaves the long road toward affirmation largely unpaved.

Specifically, we as a community and generally in the public discourse have focused too much on equality for same-sex couples, without acknowledging the injustices we face as LGBTQ individuals.

In an interview with MSNBC last June, Janani Balasubramanian stated “The gravest violences queer and trans people face are not related to marriage. They’re related to healthcare, to housing, to police brutality and profiling, to prison, to detention, to employment, to poverty, to homelessness.”

Some of these injustices take the form of outright employment discrimination, for example, regardless if that individual is in a relationship or not. For example, a married woman could still get fired from her job simply for posting something about her wife on Facebook. Or a queer-identifying applicant could be refused supportive housing by a service provider uncomfortable with gender nonconformity. Even worse, a slew of transgender women of color can be senselessly murdered—five have been murdered this year alone in the City of New Orleans—based largely on LGBTQ animus.

It’s in these spaces where LGBTQ identities as individuals—not necessarily as couples—intersect with other forms of systemic oppression associated with race and class. This is also where our policymakers, our community, and our society must reach far beyond the sanctioning of our relationships and into perceptions around how we identify, present, “pass,” and (non-)conform.

Unfortunately, the state laws protecting our identity take an even more patchwork shape than those protecting our relationships. Fewer than 20 states offer basic protections against discrimination on the basis of sexual orientation and gender identity alike, including discrimination in the area of employment, housing, public accommodations—even jury selection and access to credit—all of which are afforded on a federal level on the basis of race, gender, national origin, and disability, new name a few.

With the right to love on the precipice of reaching such full federal recognition, our courts and policymakers should move toward protecting the simple right to live. We can hope a sweeping ruling from the Supreme Court recognizes sexual orientation and gender identity as protected classes (what jurists call “heightened scrutiny”) that would finally extend the suite of civil rights protections to our full community. But if they don’t, which is likely, we as a movement must building the marriage momentum but shifting public discourse, and the attention of our policymakers, to other more individualistic spaces of equality.

For better or for worse, marriage equality has been the LGBTQ issue du jour for as long as we can remember. But increased national acceptance of equal signals that we can now move past the construct of protecting the LGBTQ community through relationship status. It is time to shift the focus from recognition of the couple to the everyday life, joys, and unfortunately, hardships of the LGBTQ individual.

Crosby Burns is a Master in Public Policy candidate at the Harvard Kennedy School. He is currently the Editor-in-Chief of the LGBTQ Policy Journal.