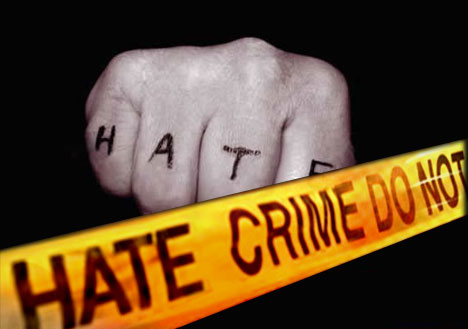 Progressive or Regressive?: An In-Depth Policy Analysis of the Decision to Include Gender Identity in the Federal Hate Crimes Law

The decision to advocate for, and achieve, the inclusion of the term “gender identity” in the Matthew Shepard and James Byrd, Jr. Hate Crimes Prevention Act has been criticized by some scholars and activists as a mistake in strategy for the transgender movement. This paper first examines the reasoning and strategies of transgender advocates behind adding “gender identity” to this legislation. Then, it analyzes various critiques of the hate crimes law, including: that people of color and those with low income are likely to be targeted by these laws for prosecution; that hate crimes laws increase the resources available to law enforcement, empowering them to do more harm to marginalized communities; that sentence enhancement makes those imprisoned leave prison with more rage and thus more likely to commit more violent crimes; that hate crimes laws do not result in a decrease in hate crimes; and that supporting these laws lends credibility to law enforcement as an appropriate societal response to crime in general, as opposed to law enforcement being viewed as a perpetrator of crimes itself.

The decision to advocate for, and achieve, the inclusion of the term “gender identity” in the Matthew Shepard and James Byrd, Jr. Hate Crimes Prevention Act has been criticized by some scholars and activists as a mistake in strategy for the transgender movement. Hate crimes laws, and the federal hate crimes law in particular, have been criticized for providing more tools and resources to an inherently unjust law enforcement system, while providing no reduction of hate crimes against transgender people.

This article delves deeper into the political, cultural, and practical reasons that transgender and allied leaders decided to pursue inclusion of gender identity in the federal hate crimes bill. This, Part One of the series, focuses on describing with precision what the critiques of hate crimes legislation are and it provides initial analyses on whether these critiques are valid. Given my role in the transgender movement, in this article I endeavor to separate fact and opinion, allowing readers to come to their own conclusions about the merits of the decision to seek inclusion.

In Part Two, both the potential and realized negative effects of the bill and law will be balanced against the positive effects of passage, including: facilitating the inclusion of gender identity in the Employment Non-Discrimination Act through education and sensitization of members of Congress; promoting cultural change and awareness of transgender people; precipitating the training of law enforcement officers; and adding gender identity to the Department of Justice’s conflict resolution efforts.