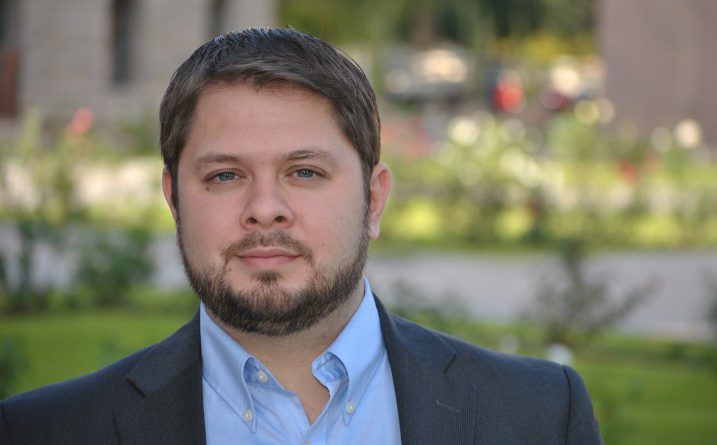 Rep. Ruben Gallego (D-AZ) was recently named a vice-chair of the Congressional LGBT Equality Caucus, a group focused on shaping policy issues impacting the LGBT community. The Harvard alum is in his first congressional term and spoke with the LGBT Policy Journal about the need for straight men, Latinos and veterans to advocate for the rights of the LGBT community.

ES: How did you get involved with the Congressional LGBT Equality Caucus?
RG: You self select yourself in. You volunteer to join the caucus and you volunteer a certain budget from your congressional account to go towards paying for the Equality Caucus’ staff and research.
ES: You were previously in the Arizona Legislature, which received national attention for supporting laws that the LGBT community viewed as discriminatory. Why have you prioritized advocating for LGBT issues?
RG: There were a couple of reasons. I do have a sizable population in my district that is LGBT and besides that there are people in my district who are not LGBT who do care about equality for the LGBT community. It was inspiring that when I was campaigning, no matter what part of the district I walked in, people asked me about it.
But besides that, I’ve always been involved in equality issues when it comes to the LGBT community. When I was in the military, I was involved with Voices of Honor (a nationwide effort to repeal the military’s Don’t Ask, Don’t Tell policy). So because I’ve always been supportive of the LGBT community, I thought being a part of the Equality Caucus would be a very natural fit of what I’ve always done.
ES: What was it like being in the military under ‘Don’t ask, don’t tell?’
RG: Under Don’t Ask, Don’t Tell, there was a shadow that was put across the whole military. Men and women had to lie to themselves, to their country, to their local team members and that’s never a good environment to put anybody in. And the last thing I want for someone that has to go put their life on the line is not being able to be honest with themselves and being honest with their platoon members. It creates a bad situation. Having gays in the military doesn’t change anything. You’re just allowing gays to be more honest with themselves. It only improves the force. You’re able to tap into a new population of people to bring all their brain power to the battlefield. And that creates a stronger military.
ES: As a straight male, what role do you see yourself playing in influencing LGBT policy?
RG: And I think having a male, latino veteran does help start changing people’s minds. I talk about equality. I’m a cultural translator for some Latino men who are still carrying a lot of homophobic feelings. That’s what I think is more important. Straight men in these types of organizations. We need to be out there and see that engaging equality for us is an opportunity to have an honest conversation with men of color that is shut down by other means.
ES: Despite growing support for same-sex marriage among the Latino community, according to Pew Research Center polls, the Latino community has historically been less supportive of LGBT issues than the national average. Can you speak to those changes?
RG: There is a growing change within at least the Latino community when it comes to acceptance of the LGBT community and that’s largely because people at the end of the day are seeing more family members come out openly and are seeing that the LGBT community is not just in the white community. It’s very difficult. The Latino community is very family-oriented and certainly there have been people who have been ostracized because they are gay. But I have seen the needle move towards being more accepting.
ES: What would you say to individuals who believe that the LGBT community has ‘arrived’ given increased support for same-sex marriage?
RG: I don’t think that’s a good ending. We still have a lot more work to do if we truly want to continue to say you’re fighting for equality. You have to push past same sex marriage and look at all other areas. If young same-sex couples can get married but their children are being bullied in schools, has their really been much success? In my opinion, no.
ES: Given the trajectory of same-sex marriage, what issues will you be focused on most as vice-chair?
RG: We’re going to solve gay marriage fairly soon, but overall, we’re still not insuring the equality of the LGBT community. What good is it if men can get married, put it in the newspaper and then get fired because they are gay? It’s not equality if you can get married, file your taxes at the same time, but both parents are not being allowed to adopt one child. And if you do, it’s an onerous task more so than when it comes to a straight couple.
It’s not equality if you still get beat up for being transgender or openly gay and there’s no prosecution of the hate crimes. So there are things we continue to push forward even though we are very happy that marriage equality is coming to the country.
Share This Post: