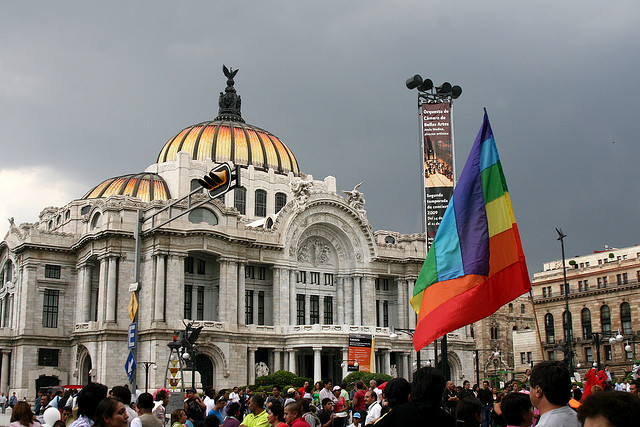 Mexico has recently seen a sea change in shifts in public opinion regarding LGBT inclusion in public policy. 2013 was the first year a majority of the population surveyed (55%) supported the legalization of marriage equality, and an even higher percent (57%) agreed with allowing LGBT people to serve in the army. Further, over fifty percent said that LGBT people should be able to run for public office. At the same time, however, only 28% considered adoption by same-sex couples admissible.

In order to foster increased social tolerance and encourage support for legal equality for LGBT people, it is essential that we understand the factors that influence policy attitudes in Mexico. Although several scholars have developed empirical work to this effect since the 1980s, they have focused mainly on the United States. This study seeks to test the generalizability of their claims by examining the Mexican context.

Based on a national survey from 2013, I develop a series of ordered logistic regression models in order to isolate the effect of various factors on public support for each of the previously identified policies in Mexico.

The findings illustrate that attitudes toward different policies have differing explanations. Younger individuals and those who think that homosexuality is biological are more liberal than those who are older or who think people “become” gay—but only when it comes to gay marriage or adoption. Religiosity has a negative effect on support for the right to marry, to serve in the military, and to engage in political campaigns, but no effect in the case of adoption by same-sex couples. Income is the only variable with a statistically significant (and positive) effect on support for all four policies.

Therefore, governments, organizations and citizens who aim to influence public opinion must adopt different strategies depending on the population and general underlying factors influencing that population’s attitudes towards LGBT issues. The challenges for LGBT inclusion are not insurmountable, and given these data, there is significant room for those who believe in this cause to win the hearts and minds of Mexican citizens.

Roberto Zedillo Ortega is currently a public policy analyst at the Center for Research and Teaching in Economics, one of the top think tanks in Mexico, and also a policy expert at Framework Consultants, based in Mexico City.
Twitter: @soykul
Share This Post: