Home > Articles > The “End of All Morals Legislation”: The Legacy of the Lawrence Dissent in Obergefell 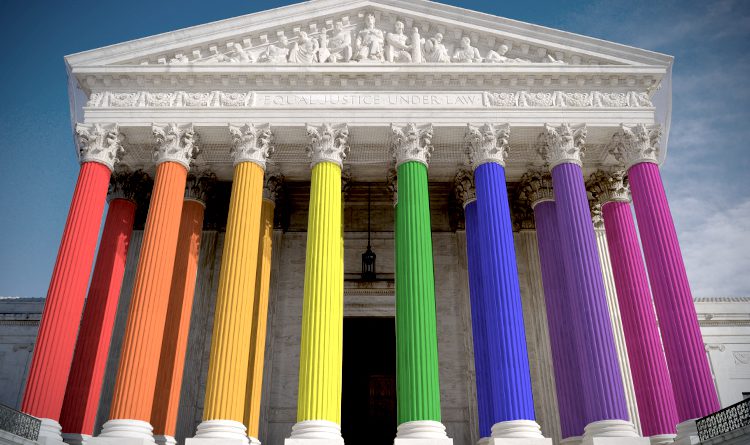 This post and attached article are written by guest contributor Sophia Antoinette Carrillo, a graduate student at the Harvard Extension School.

The Obergefell decision is a case that defines a generation. Marriage equality and LGBTQ rights are poised for a victory untenable for generations past. Just twelve years ago, the Supreme Court of the United States overturned Lawrence v. Texas and, as Justice Scalia argued in the dissent, doomed the “end of all morals legislation.” Lawrence created a legacy evident in tribute during the Obergefell oral arguments, and will serve as a historical bookend, a pioneering case that demonstrates the Court’s transformation and progress. The legacy of the Lawrence decision, and the importance of the dissent, is best appreciated through a wider lens. The Lawrence dissent should be closely examined as a majority of the Justices who decided Obergefell also presided over Lawrence.

A dissent is valuable in that it records a counter majority narrative for history; it demonstrates an alternative thinking the Court should have adopted, and provokes perspective of another view. The dissent for Lawrence, delivered by Justice Scalia, decreed the end of morals legislation by uprooting moral justification for laws supported by the majority in a state that prohibit a practice as immoral—namely sodomy. Lawrence separated homosexual conduct from other morality legislation and banned the linkage to criminal activity for conduct and status, eradicating “morality legislation” created to oppress and criminalize homosexual conduct and identity. The case held that adults have a protected liberty interest in deciding to conduct their private lives “in matters pertaining to sex”, and the laws and traditions of the past half century have indicated an emerging awareness of that liberty.

For many young Americans, gay rights and marriage equality are perceived as an equal protection matter, and the morality question is absent. The liberty question has been answered, and LGBTQ “conduct” has moved towards “status”; the debate over sodomy laws has been replaced by the state’s regulation of marriage, adoption rights, and property and tax rights. If Lawrence effectively determined the “end of all morals legislation”, under that reasoning, the decision should be the key to the liberty argument for marriage equality, an institutionally recognized practice that confers thousands of federal rights.

A state cannot demean a person’s existence or control their destiny by criminalizing their private sexual conduct. Their right to liberty under the Due Process Clause prevents government intrusion, and afforded social implications beyond the sexual liberty guarantees. The case opened a door for the legislative and litigation trek towards marriage, partner benefits, adoption rights, and parental rights, now that sexuality was seemingly free from the “banner of morality” and under the spotlight of policing. If Lawrence v. Texas ended morality legislation, it ended the practice of harnessing the law to discriminate against a class of individuals based on their conduct, and eventually led the path closer to a status argument.

The importance of Lawrence was the separation of homosexual sexuality from criminal sexual deviances with which it was previously grouped, such as incest and polygamy. Lawrence expanded the substantive liberties protected by the Due Process Clause in the right of consenting adults to engage in intimate sexual behavior. This may seem like a limited impact, but when behavior is intrinsically tied to identity, perhaps the impact is broader, and Justice Scalia’s prediction of the end of morals legislation moves closer to truth. During Obergefell v. Hodges oral argument, Justice Kennedy, who delivered the Majority opinion in Lawrence, continuously circled around one word: “millennia”. Perhaps he was considering the millennia of history of “traditional marriage” in light of a potential addition of a same-sex right. Perhaps, like in Lawrence, he was thinking of the potential Dissent’s use of “millennia”—millennia of discrimination and exclusion of LGBTQ conduct and identity at the margins of society.

Before the Obergefell decision was announced, it was uncertain if Lawrence truly spelled the end of all morals legislation against LGBTQ conduct, and ergo, potentially the recognition and status of marriage equality. Despite the outcome of Obergefell, the Minority party read their dissent from the bench; their words and reasoning will be recorded in the tome of history, and present and future generations will decide if their reasoning supports or detracts from the monolithic voice of the Court. On the day of the Obergefell decision, the public faced the Court’s entry, bearing the engraving “Equal Justice Under Law.” Perhaps dissenting Justices should examine the alternative, carved into the Court’s east façade: “Justice, the Guardian of Liberty.”