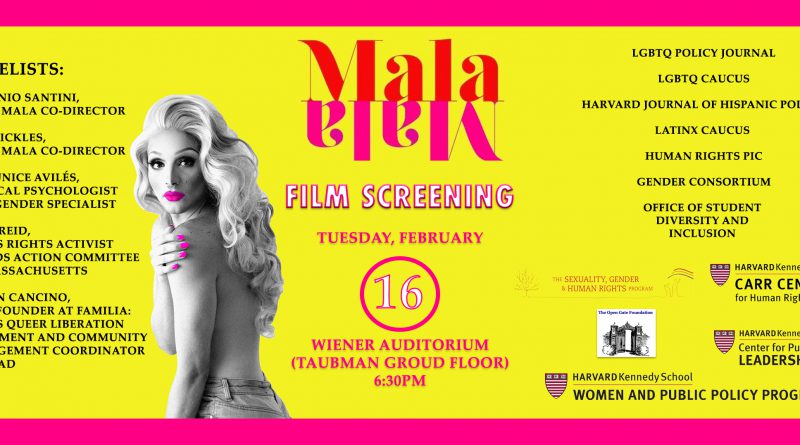 Mala Mala (2014) is a documentary about the power of transformation through the eyes of nine trans-identifying Puerto Ricans. The film showcases the complexity of gender and the ways various forms expression, embodiment, and transition can constrain and enable one’s experience in society. At a historic moment for trans rights advocacy in Puerto Rico, Mala Mala pushes us to reflect on how policy students and public leaders can create a safe environment for gender-non-conforming and trans people.

Following the film screening, join us for a panel discussion about anti-discrimination policy, access to healthcare, and a variety of other trans inclusive policy issues. Panelists include:

Free and open to the public

Open Gate Foundation at the Harvard Gender and Sexuality Caucus

Women And Public Policy Program at the Harvard Kennedy School

Office of Student Diversity and Inclusion at HKS