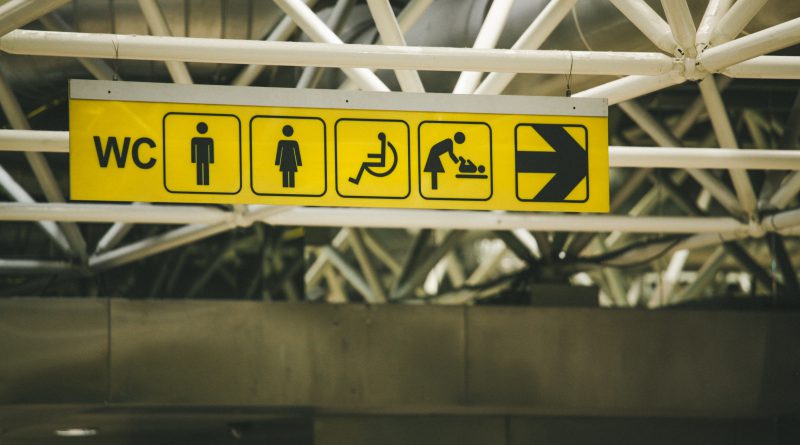 In a place that prices social currency through inclusion, I was surprised to hear cynicism sprinkled atop confusion from my staked-out study spot on the HKS campus. But here, sandwiched between office hours and problem sets, I again heard discussion of HKS’ new gender neutral bathrooms float through the halls.

I heard a familiar recital of talking points linking gender neutral bathrooms to inclusion of the LGBTQ community. But the change needed on our campus steps beyond touting swapped signs as a sign of campus inclusivity. Rather, it challenges us to reconsider inherent social biases between sex and gender, between our genitalia and the social norms society assigns to them.

Conversations around gendered bathrooms have been circulating around the Kennedy School for the past couple years. Last year, the LGBTQ Caucus requested gender neutral bathrooms during the comment period on the design of the new facilities under construction. But the nearly-overnight change to the gender of existing single-stall restrooms came this January after Caroline Gimmillaro (MPP2) directly emailed her request to Deans Archon Fung and Doug Elmendorf.

“I don’t understand the division,” Gimmillaro said in an interview. “These spaces are identical. Why would we need to enforce gender?” Indeed, why do we choose to restrict facility access based on gender?

Since the Victorian Era, restrooms have provided a powerful example of deeply rooted gender dynamics in Western society. Gendered bathrooms first entered the United States as women entered the workforce through Massachusetts factories in the late 1880s. But as women moved from the home to the factory, social expectations followed them. Women’s restrooms were furnished with drapes, flowers and chairs, decorated with homely touches that preserved Victorian notions that women needed comfort from the menace of industrial life.

Although the decorations have changed, expectations of these gendered spaces remain. In Toilet: Public Restrooms and the Politics of Sharing, editors Harvey Molotch and Laura Norén highlight how women’s rooms provide sanctuaries for a host of gendered activities deemed inappropriate for public space: breast feeding, reapplying make-up, or for debriefing failed flirting tactics on a group date.

A similar code enforces behavior in men’s rooms. Social norms against conversation or eye contact in men’s public restrooms underscore the discontinuity between masculinity and vulnerability. In more familiar settings of locker rooms or corporate restrooms, they host scenes of team bonding or quips of business deals.

These rooms, Molotch and Norén claim, are more than just gendered spaces. They are our most gendered spaces, ones that either expect hyper-masculinity or provide sanctuary for women who seek refuge from it. By housing such a primal function as waste production, restrooms become places that enshrine some of our most primal expectations of gender performance.

These norms’ deep social roots explain why challenging them spurns tremendous public outcry. In the past six months, legislation from Houston to North Carolina has stripped protections from LGBTQ populations, with the “common decency” of bathroom access playing a central role in swaying public opinion. The central campaign message reflected a visceral threat to challenging gender norms: “no men in women’s restrooms.”

Many of these fears stem from the threat of eliminating the perceived safety of women’s restrooms. Opponents of gender neutral restrooms paint pictures of predatory men posing as trans men to gain access to women’s restrooms, or question the legitimacy of the access trans men claim to the men’s room. But these claims again highlight the visceral emotional response to defying the protective spaces gendered restrooms are expected to provide. Not only have there been no reports of predatory men using such cover, but the viral selfie campaign #wejustneedtopee showcases the striking irony of forcing trans people to use restrooms that do not match their gender identity. These opposing sets of rhetoric articulate a common theme. Constructions around gender have garnered a false sense of safety, one unrelated to genitalia and completely dependent on conformance to gender expectations.

Ultimately, we all just need a place to pee. Yet with so much political discourse surrounding bathroom use, the call for leadership from our institutions has never been clearer. Jacob Tobia, a genderqueer advocate and writer in New York, describes institutions as a built reflection of our social values and principals. By constructing safe, gender neutral restrooms in our respected institutions, we begin to separate our need for a toilet from the lines of code that tell us how, when and where to use it.

Gender neutral restrooms do much more than include those who challenge traditional gender norms. They release us, even if just a little bit, from the roles we have been programmed to play.

Next time you head to an HKS loo, head for a gender neutral bathroom. You may leave feeling a bit lighter than you thought you would.

Ted Sands is a joint degree student at the Harvard Kennedy School and the Wharton School of the University of Pennsylvania.