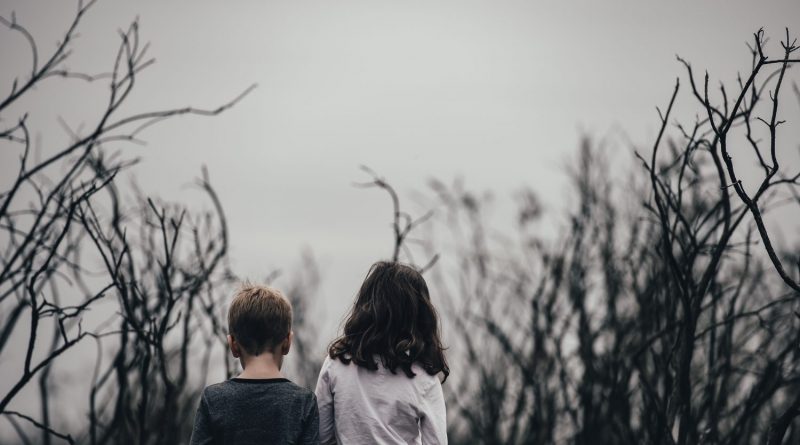 When our first-born declared that she was gender queer within days of turning 16, I had no idea that for months Elizabeth had been in the throes of an intense and painful internal struggle. Raised by two women, Elizabeth had come out as pansexual the year before, an announcement that had barely made a ripple in the family pond. But this declaration was a splash, if not a tsunami.

Those in the gender queer community, like Elizabeth, do not identify as either male or female, and view gender as existing along a continuum. For a society in which a binary view of gender is so deeply ingrained, resistance to a more expansive understanding of gender is fierce and barriers to acceptance are high. Following Elizabeth‘s declaration, I despaired that mockery, discrimination and rejection would be her lifelong bedfellows in this binary world. I didn’t verbalize these anxieties, but Elizabeth was nevertheless fuming as my spouse and I clumsily sought to grasp the full implications of this identity, which included a spirited debate on the use of “they” as her new pronoun (more on that later). As a teen, Elizabeth was biologically programmed and hormonally driven to find fault in any parental reaction, no matter how sensitive (which we tried to be). But frankly, it is fair to say that my grasp of gender identity was at an embryonic stage.

Until recently, I understood the transgender phenomenon in binary terms, applying to those who are born biologically as male but identify as female, and vise versa. The visibility of transwomen like Caitlyn Jenner and Laverne Cox, while increasing the voice of the transgender community, reinforced this view.

It was a New York Times article in early 2015, “A University Recognizes a Third Gender: Neutral,” that helped personalize a gender identity that was new to me – one that applies to those who are neither male nor female. Given its recent addition to the nomenclature, I did question whether “gender queer” might be a social construct– a manifestation of a new generation’s need to rebel at a time when behaviors that had long been taboo were becoming the norm. My perception shifted when I read this sentiment expressed by Rocko Giselman, the subject of the profile: “As soon as I learned about a genderqueer identity, I was like, ‘Oh! That’s the one!’ Before, it had been really difficult to explain how I was feeling to other people, and even really difficult to explain it in my own head. Suddenly, there was a language for it, and that started the journey.” In reflecting on Rocko’s story, it dawned on me that the advent of a new lexicon to describe gender identity – which I was stunned to learn exceeds 50 options on facebook—was not a manifestation of millennial malaise, but an effort to name and claim identities that had long been suppressed or simply gone unexpressed.

Since Elizabeth’s transition, or coming out, I have become sensitized to the difficulties of being gender queer in a gender binary world, and how frequently I am asked to check the box: _____female _____male. Indeed, in the 20+ years I was with my same-sex partner before we could legally wed, I greatly resented having to choose among the following on myriad forms: _____married _____divorced ____ single _____widowed, unable to check married. For me, the experience was generally limited to doctors’ offices and requests for official documents. For Elizabeth, it is daily struggle, one that has manifested in particular in pronoun use and restroom labels.

When Elizabeth declared herself as gender queer, she asked to be referred to as “they” and “them,” the preferred pronoun for many- though not all – non-binary individuals. (Some use new terms like ze, sie, hir, while others are fine with conventional binary pronouns.) As I grew up worshipping the good book, – by which of course I mean Strunk and White’s Elements of Style – the grammar “ask” for me was not insignificant. I also took my cues from the mainstream media, including The New York Times, which avoided using “they” in reference to the student featured in the article.   A thoughtful piece by the Times’ public editor appeared on the opinion page a few days later (The Times and Transgender Issues: On Pronouns by Margaret Sullivan), in which the author posited that “…a year from now, this situation will have evolved considerably – and it should.” As it turns out, she was dead on. On December 10, 2015, the Washington Post announced its decision to use the singular they. A month later, the singular they was anointed word of the year by the grammar police (a.k.a., the American Dialect Society.) I am hoping the Grey Lady will soon follow suit.

I initially began to use “they” in every day conversation, but had resorted to grammatical back flips to avoid using it writing. Here’s one example: “Due to the onset of a migraine, Elizabeth was unable to attend school.” But after the Post capitulated, I did too, and my next note read: “Please excuse Elizabeth for being late to school. They were fighting another migraine.” Elizabeth beamed upon reading the note, driving home just how much this change of heart meant…..to them.

While this is a step forward, I want an affirmative word to describe my child. How would one complete this sentence: you are not losing a daughter, you are gaining a _____? Elizabeth is a self-described “non-binary individual,” but in my view people should not be compelled to define themselves against a norm. All deserve their own label. (I am open to suggestions.)

As much as the mis-gendering (Lizzy’s term for using her/she) provoked irritation and frustration, those feelings were dwarfed by the anguish caused by gender-labeled bathrooms. For the vast majority of us who think nothing of using female and male restrooms, the idea that this can be a traumatic event may be hard to grasp. And following a battle over Lizzy‘s insistence on using the male restroom in a movie theater, I again found myself coming to grips with an issue that I was tangentially aware of but never fathomed would become personal.

The negative impact of having to use a bathroom that is different from one’s gender identity has been articulated by many transgender people, nowhere more poignantly than in Amy Ellis Nutt’s book: Finding Nicole: The Transformation of the American Family. In this story about a transgender girl, Nicole Maines, the author recounts Nicole’s trauma of being bullied about her restroom choice and ultimate withdrawal from the school as a result of the school’s failure to take action.

For transgendered people like Nicole, the debate raging over public bathrooms centers around the question of whether people should be able to use the restroom consistent with their gender identity, and in our school system the answer is an unequivocal yes. But allowing people to choose between male and female restrooms does not address the needs of the gender queer population or those of transgender students who do not want to come out publicly.

Like most public schools, Elizabeth’s has multi-use restrooms designated with traditional men/women labels and a couple of single stall restrooms designated solely for teachers and staff. For several months, Elizabeth chose to alternate between the male/female bathrooms before sharing that this routine felt like a daily repudiation of their identity because it compelled them to pick a gender that didn’t fit. As the emotional impact of this ritual escalated, I resolved to confront head on the byzantine bureaucracy that is the DC public school system and lobby for change.

I braced for resistance and possibly staunch opposition but was pleasantly surprised to find a group of sympathetic advocates, including one of Elizabeth’s teachers. After an initial meeting, they agreed to tour the school to see what was feasible. The outcome I wanted was to convert one of the multi-use restrooms to a gender-neutral space. Unfortunately, this triggered several building code compliance issues. But school officials did agree to convert a staff restroom to a unisex restroom for students and to renovate the physical space to increase its accessibility. While not the outcome I was fighting for, I did feel that the response validated my child’s gender identity, and for that I am grateful. More importantly, the effect on Elizabeth’s well- being was immediately palpable.

With these experiences in the rear view mirror, I have had time to reflect on what it means to be the parent that Elizabeth needs. The answer seems obvious in hindsight: to support who Elizabeth is without question, ambivalence or judgment. Realizing Elizabeth is not the child I thought I knew can be hard, and, as a parent, knowing that I cannot save them from situations that will be embarrassing or cruel is wrenching. But that does not mean it is ok to make my discomfort, confusion or worry their problem to fix. Put simply, my job is to relieve Elizabeth of their emotional burdens, not add to them.