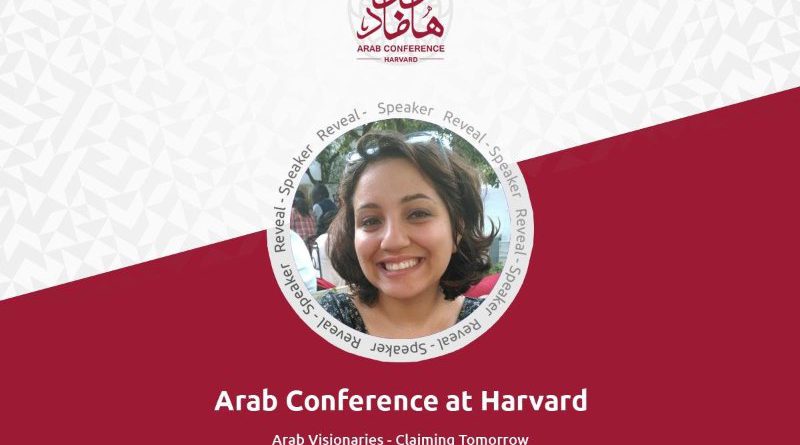 Senda Ben Jebara is a young feminist based in Tunis, Tunisia. She has been involved in political organizing and the feminist and queer movement for the past 6 years.

She was part of Chouf, a young feminist organization and was one of the founders of Chouftouhonna, the international feminist festival launched in 2015. In December 2015, she joined the bureau of Mawjoudin, an LGBTQI organization based in Tunis, where she currently works as a social counselor.

Senda is a firm believer in intersectionality and the interconnection of all struggles; and she has been involved in several projects across the Middle East and North Africa including trans*- specific advocacy in Lebanon, where she also joined the Anti-Racism Movement (ARM) as a general coordinator for the Beirut Migrant Community Center.

She is currently an advisor for Frida – the young feminist fund, an international organization that funds feminist groups in the global South.

Q: Why is it important to have a panel on LGBTQ issues at the Arab Conference at Harvard?

A: Our governments usually refuse to discuss this subject and at international conferences like this they cannot say nothing. It is very important to have them caught in a discussion they usually try to avoid. Still, today, I was hoping that at least one of the former Prime Ministers who is attending this conference would come to this panel. I’m from Tunisia and they should know about LGBT rights there but they don’t seem to care. That’s a bit insulting to me to be here without my people listening to what I have to say.

Q: To most people, Tunisia is one of the most promising democracies in the Arab Region. How does that translate into your work on an everyday basis? Has it made it easier because there is space for civil society, or, does the government take on more low-hanging-fruit and less controversial issues?

A: I totally agree that Tunisia is one of the most promising democracy in the Arab region, for sure. However, people tend to whitewash the image of Tunisia a lot, mostly the Tunisian government in the international arena, saying, “we’re the best, we just voted for the most progressive law on violence against women…” Yes, that is happening but when it comes to gender identity, gender expression and sexual orientation, they are in complete denial. They refuse to have any kind of discussion about it. Even when they are caught on the spot and they need to say and promise something, they retract. What happened with the anal examinations, they [GoT] stated in Geneva that they would ban it. However, when they came back to Tunisia, the government said it would take four years, but would raise awareness on the issue in the meantime; that people have the right to refuse, that it is not mandatory. That, however, has already been happening so it will not change anything because we are a police state, the police has much authority. So, there is a lot of whitewashing which is infuriating but I cannot deny many things are changing. For example, last August, on National Women’s Day the President of the Republic created the Commission on Individual Freedoms and Equality to look into all articles that violate individual liberties. It has to file a report within six months. The only problem I have with that is, yes, it is great we have a Commission, but they only have a consultative position. They cannot change any laws, they have absolutely no other authority than to just go around, consult, and ask what should be included in the report. So, yes, they are trying to whitewash the image in front of people but when it comes to what is happening, there is not much and it takes a lot of time. The fact that they voted on these very progressive women’s rights laws is because right after that they wanted to pass the Reconciliation Law that permits people who stole millions and millions of dinars to forget about it. Everything is very political.

Q: As part of your work with many organizations, feminist and LGBTQ organizations, you have created many intersectional coalitions. Could you talk about a specific example on how acting in a coalition has made a difference?

A:  Before August 2017, legal guidelines were circulating within the state administration that Tunisian women cannot marry non-Muslims. This has been the cause that we have been advocating for within the collective for individual liberties (37 human rights organizations, both national and international). One of the things we tried to talk about and have issued statements about is the issue of marriage to a non-Muslims. Finally, after almost a year, we had it removed so now women in Tunisia may marry non-Muslims. We do advocate for many other issues, like removal of Article 230 and other. For instance, in the Constitution it states that every person has the right to choose their own religion. Concretely, during Ramadan people cannot eat or drink in the streets and some get arrested for such behavior even though it is unconstitutional. We are advocating that the State has to do something about it. Our collective advocates for many other issues, not only religious and civil liberties-related.

Q: What is your next initiative? Where do you see the LGBTQ community focusing their efforts?

A: The most important thing is community building. I think it’s very important to build a solid community. We started doing it the last couple of years. When we started working, it was mainly with activists but now we are expanding to people who are not necessarily activists but who are part of the community. We are providing space for them, we provide legal services, social counseling, psychologists. We think they need our support in so many different ways. We try to hold as many events as possible. We do not have a community center but we are trying to have as many community days and activities as possible. Advocacy is one of our main concerns. We are trying to advocate not only for the abrogation of Article 230 but also for the creation of an anti-discrimination law based on SOGI. We are doing a lot of workshops, mainly for service providers, for families to advocate for LGBT rights, to talk about gender and sexuality and to explain that there is absolutely nothing wrong people who have other gender identities, sexual orientation. It has been going great and we are planning to hold workshops with psychologists, psychiatrists as well, civil society actors. We are trying to expand to work with people who are not necessarily from the community but people who will have to accept people from the community in their daily lives. That is the most important project right now.

Q: What can we do here at the Harvard community? How can we support organizations like yours?

A: Raising awareness about what is happening in the Middle East and North Africa is very important. A lot of people, I don’t necessarily mean at Harvard but a lot of people in the U.S. don’t know about Tunisia. A lot of people don’t even know that there is a debate about LGBT issues in Tunisia. I think it’s very important for these people to see this other side of Tunisia and that things are changing so fast, accelerating and that very is a big debate about rights and individual liberties. I think it’s important to raise awareness about these issues and hold this kind of conference. Another thing is funding and most in the region comes from the U.S. Raising awareness among international funders who work on SOGI issues is important and to fund small grass-roots organizations in the MENA region.

Q: Thank you very much and thank you for being at the Conference.

This interview has been edited for clarifying purposes.