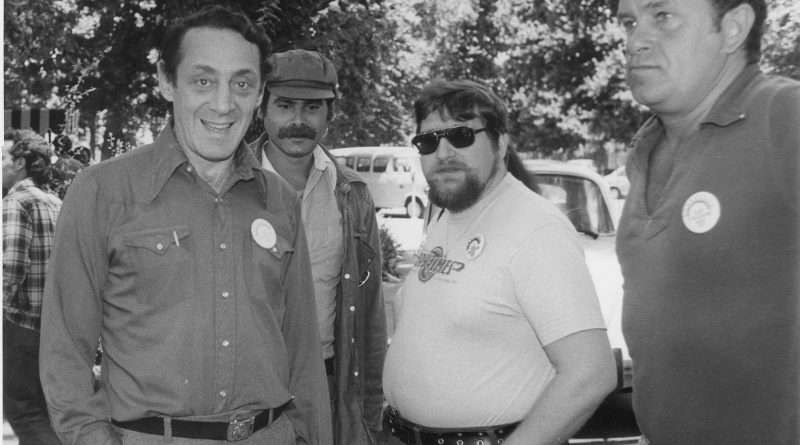 Are you thinking of running for office? Then check out these 10 tips from the International LGBTQ Leaders Conference.

The International LGBTQ Leaders Conference brought over 500 LGBTQ elected officials, leaders and advocates from across the United States and the world to Washington, DC in December 2017. Everyone had a story to tell about what it takes to be openly out and holding public office.

For the benefit of those of you who are considering running for office, I summarized three fabulous days of speeches, panels, break-out sessions and red wine into the following 10 tips for success at the ballot-box. Here goes:

1. Own your sexuality. Own your family background. Own all of the weird and wonderful stories of your life. Be proud of all of it. I can’t tell you how many speakers talked about the importance of being authentic, especially when in the public eye and subject to scrutiny. This was the key message I took from the conference.

2. Even better, use your life experiences to make yourself relatable. All of the speakers at the conference were able to draw on a life experience to tell a compelling story that made the audience realize that (surprise!) they were just like us. For example, Gina Ortiz Jones (U.S House of Representatives (Texas)) served in the U.S. Military when “don’t ask don’t tell” was the policy on homosexuality (she’s a lesbian). Because of this, during her campaign she was able to empathize with those burdened by unneeded stress, such as that facing DACA recipients. Simple, universal values are effective because they are rooted in common experience and transcend differences. Such values include the love for family (particularly the children) and overcoming hardship or setbacks – who can’t relate to that? But being able to relate to your constituents requires that you …

3. …become a compelling orator. To be honest, there were times during the conference that the emotional speeches overwhelmed my pragmatic sensibilities (please stop crying, U.S. Senator for New Jersey Cory Booker). But there is no getting around this – you must be able to tell a great story, read the mood of the room, and move a crowd. Consider taking some public speaking classes, drama workshops, enrol in Toastmasters – do whatever you need to do to build this skill.

4. Get ahead of your story. You need to define your story before the media does it for you, because if you don’t, they will! Managing the press was repeatedly said to be a huge part of the job. Prepare yourself for inappropriate questions and don’t be afraid to teach journalists about boundaries (this tip came from a panel of elected officials who were transgender, who had to educate the press about being trans and what that meant). This includes converting anything that might be perceived as a weakness into a strength. The message your constituents want to hear is that you have stood up for yourself, and therefore you can stand up for them too.

5. Buy a pair of comfortable shoes. You will be glad you did because you are going to be doing A LOT of walking. You need to hit the pavement and talk to your constituents – in other words, you need to be prepared to walk the walk. This was the advice of Danica Roem who, in November 2017, became the first openly transgender elected official in a State House (in Virginia, which is also the oldest State House in the country). She took her shoe off during her speech to show us the worn soles, emphasizing how nothing beats face to face connections with constituents – how else will they know you will listen and care about what they have to say? This is particularly relevant to the current conversation about whether data analytics and social media can replace the role of traditional grass-roots campaigning – the consensus at the conference seemed to be ‘no’.

6. It’s all about building relationships. Relationships with your campaign team, your volunteers, the community, the press, and, once you’re elected, with your fellow representatives. You will need alliances across party lines to support your agenda. A good example was given on the Marriage Equality panel, where the leader of the successful “Yes” campaign in Australia, Alex Greenwich (Member of the New South Wales Parliament in Australia), spoke about the important role that allies on the conservative side of Australian politics played in winning over other conservatives (see my interview with him here).

7. There is strength in solidarity. The panel on The Shifting Trends in America opened the discussion by considering how the progressive movement had failed so badly that Donald Trump is now the President. Jess O’Connell, the (former) new CEO of the Democratic National Committee, speculated that a problem with the progressive movement was issue fragmentation – whether it’s racial equality, LGBTQ rights, the criminal justice system, or abortion rights, many progressives are standing under separate banners. Imagine the collective power if these movements united their efforts? The panel had no solutions to this problem, but it is an issue that future leaders of the left must confront. As LGBTQ leaders, conference participants were urged to think about how our stance on equality is a benefit to all people, not just LGBTQ people – a common (and true) refrain was that “gay rights are human rights”.

8. Do not read the comments section.

9. Do not wait to be invited to the table. Instead, show up and demand inclusion. This was the advice of Congressman Mark Takano (California), who is the only openly LGBT person of color to serve in the U.S. Congress. Once you’re there, emphasize the different perspectives that you bring.

So there you have it, folks.