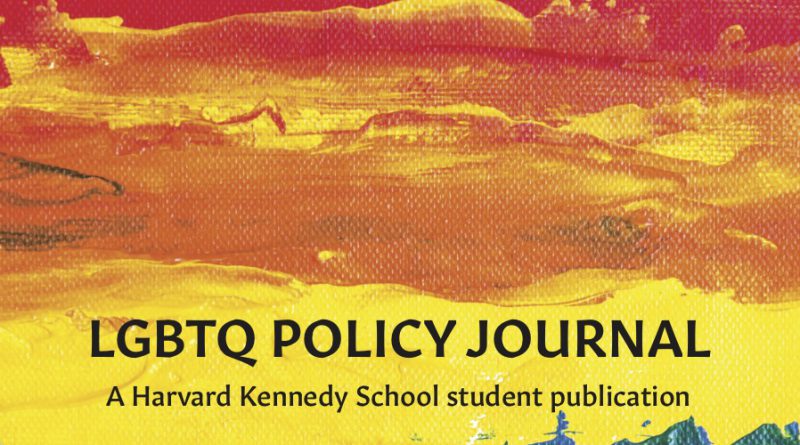 It is a privilege for us to share the ninth edition of the LGBTQ Policy Journal with you. It has just gone to print, and you can order a physical copy here. In the coming week, the edition’s articles will be available to read on this website.

Since our most recent publication in Spring 2018, our communities have witnessed amazing triumphs and horrific losses. After the Fall 2018 midterm elections here in the US, which operate as a kind of referendum on our president, we watched Senator Kyrsten Sinema become the first openly bisexual member of the US Senate, and Governor Jared Polis become the first openly gay governor. Yet, while some of our communities are winning new visibility and representation in the highest echelons of power, other communities are literally disappearing. The United States still faces an epidemic of violence against trans peoples, which disproportionately impact trans-womxn of color. Not even a full week into 2019 did the United States witness the murder of Dana Martin, a black transgender woman killed in Montgomery, Alabama. And later in January 2019, the US Supreme Court upheld President Donald Trump’s ban on transgender people serving in the military.

Beyond US borders, same-sex marriage, intimacy, and  identification are criminalized in over 70 countries; however, LGBTQ communities are creating new spaces for visibility and justice around the world. Angola became the first country in 2019 to decriminalize same-sex conduct, after Trinidad and Tobago’s highest court overturned a ban on same-sex intimacy in April 2018.

These victories do not only appear in courtrooms, in legislatures, or on ballots. These victories reflect the resilience of LGBTQ leadership, from local to global contexts, and from individual and collective experiences.

As you may know, the LGBTQ Policy Journal’s mission is “to inspire thoughtful debate, challenge commonly-held beliefs, and move the conversation forward on LGBT rights and equality.” We seek to advance our mission this year by curating a multidisciplinary journal, in print and online, with both analytical and artistic pieces that honor the complexity of our communities’ leadership.

We feature pioneers like openly bisexual, transgender activist Jessica Xavier, who has led city and state-level surveys on health issues impacting the transgender communities in Washington, DC, and the state of Virginia. We also honor the agency of individuals like Cara Tierney. In 2013, Cara underwent a prophylactic double mastectomy after doctors had identified a genetic signal tied to developing cancer. Cara courageously offers a photo essay, which documents the decision to cremate their breasts to “overturn” the way medical fields structure how we experience our bodies.

At the same time, this edition charts critical junctures in our communities. Truman Scholar Lamar Greene of Emory University examines how “HIV criminal laws exacerbate HIV rates among Black men who have sex with men.” And on a transnational scale, in the midst of the global migration crisis, Brieanna Scolaro reviews the current state of support and resources available for LGBTI/Q individuals in shelter and camp contexts.

From our home base in Cambridge, Massachusetts, we thank you for your time, and we look forward to reading your thoughts!