Home > Articles > The Strange Absence of LGBTQ Actors in the Historical and Political Writings of Derek J. Penslar 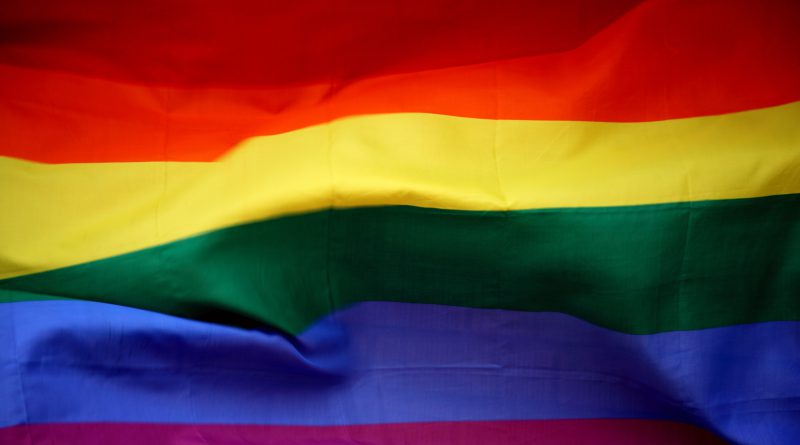 Derek J. Penslar is the William Lee Frost Professor of Jewish History at Harvard University. His research has focused mainly on Zionism and the State of Israel and has been praised, though he has recently been subject to harsh criticism as well.i Here, I will specifically discuss the topic of homosexuality in his writings and his very questionable stance on LGBTQ Zionist and Jewish history, which the literature has not yet addressed.

For instance, his book The Origins of Israel, 1882–1948: A Documentary History[2] does not contain, despite its 380 pages, even the words homosexual, gay, lesbian, or transgender, nor does it say anything about any LGBTQ actor in the covered 67-year time frame. The reader gets the unfortunate impression that LGBTQ actors have not played any role in the establishment of the State of Israel, even though the founder of Zionism, Theodor Herzl, was gay. This omission is found throughout Penslar’s writings on Herzl, such as his essay on “Zionism as Theodor Herzl’s Life Project” in On the Word of a Jew: Religion, Reliability, and the Dynamics of Trust.[3] The essay certainly does not shy away from talking about sexuality (“Zionism became a means by which he could expose his genitals”).[4] But without explanation, Penslar rejects any notion of Herzl’s homosexuality (“he gave up on erotic love, marital or otherwise, and contented himself with fantasies of virginal and unattainable girls”).[5] Penslar further calls Heinrich Kana, who Herzl knew from university, a “platonic friend,”[6] despite an established scholarly consensus that Kana and Herzl were deeply in love.[7] In Penslar’s newest book Theodor Herzl: The Charismatic Leader,[8] Herzl’s homosexuality gets denied as well. Here, Kana is repeatedly described as Herzl’s “friend,” “close friend,” or “friend from university.”[9] These descriptions deny the homosexual relationship between the men, which is evidenced by primary writings from both. After Herzl sent Kana his wedding invitation, for instance, Kana’s response was heartbroken, telling Herzl he would be emotionally unable to attend:

“I do not go out, so hard it is for me…Without you I would have drifted through life, and my great longing for love, whose power few people appreciate, would always have remained unsatisfied. I thank you today, which I have never done till now, out of this silly shamefulness from which I can never free myself, for all the Zärtlichkeit [tenderness, caresses] you have given me, and shall gladly see how the far greater part of the love of which your heart is capable now takes another direction.”[10]

Jacob Press noted in Novel Gazing: Queer Readings in Fiction that: “Three months into his marriage, [Herzl] began writing a play about the fundamental incapability of men and women – a memorable line of dialogue: ‘What a happy man I’d be, if only I had the courage to run away from her.’”[11] But he did not, and Heinrich Kana eventually killed himself on 6 February 1891— denying the possibility of a future relationship.[12]

Many other scholars have included Herzl’s homosexuality in their writings. Peter Loewenberg, former director of the Training School of the Southern California Psychoanalytic Institute and of the New Center for Psychoanalysis in Los Angeles, depicts Herzl’s homosexuality in his work Decoding the Past: The Psychohistorical Approach, in which he analysed records of Herzl’s dreams.[13] Ernst Pawel discusses Herzl’s homosexuality in The Labyrinth of Exile: A Life of Theodor Herzl, where he describes “jealousy and sexual tension” between Kana and Herzl. And psychologist Avner Falk writes of a “homosexual relationship” in Herzl, King of the Jews: A Psychoanalytical Biography of Theodor Herzl.[14] It is hard to understand why Penslar decided to downplay Herzl’s homosexuality. After all, the author states that “understanding Herzl requires engaging not only his writings but also a vast body of scholarly literature on Herzl’s life, thought, and Zionist activities.”[15],[16]

The inclusion of Herzl’s homosexuality by other writers suggests that Penslar’s omission is specific to his scholarship, rather than the literature at large, and makes one wonder why Penslar repeatedly dismisses this aspect of Herzl’s identity.

The omission of homosexuality extends beyond Penslar’s work on Herzl to his other works as well. Penslar’s book Israel in History: The Jewish State in Comparative Perspective does not mention anyone gay, lesbian, or transgender.[17] The word homosexual appears once but only as the author discredits an article by Yossi Yonah and Yehouda Shenhav, which discusses the incorporation of homosexuals and other minorities into Israeli society, as “attacking” Israeli society in “true postmodern form.”[18],[19]

There is a single LGBTQ actor mentioned in Penslar’s book Zionism and Technocracy: The Engineering of Jewish Settlement in Palestine, 1870- 1918 named Dyk: “The members of the managing board of Erez Israel [in this context a cooperative] were aware that Dyk was a potential source of trouble… his former employer did not have a good word to say about him. Rumors circulated that Dyk was homosexual… Dyk lacked tact, flexibility, and ease in dealing with workers…Warburg called Dyk ‘the worst leader of the cooperative whom one could imagine.’”[20],[21] Penslar’s book Jews and the Military: A History, which is in part a republication of articles in The Journal of Modern Jewish Studies and German History and looks at Jews’ involvement in the military between the 1600s until the establishment of the State of Israel in 1948, surprisingly does not mention any homosexual aspects of the history of male military bonding.[22] By reading Penslar, one gets the unfortunate impression that LGBTQ people would not play any role in Jewish history.

The chapters that Penslar has edited are rather concerning too, when it comes to the depiction of LGBTQ figures in history. In Michael Berkowitz’s chapter from Orientalism and the Jews, which Penslar edited with Ivan Davidson Kalmar, Berkowitz tells of Jacob Israel De Haan.[23] De Haan was a gay poet, journalist, and lawyer from the Netherlands and often gets described in the literature as “a precursor of Amnesty International.”[24] A line from one of De Haan’s poems is inscribed on one of the three sides of Homomonument in Amsterdam, the first monument in the world to commemorate homosexual victims of the Nazis. Berkowitz’s essay, however, describes “his explicitly expressed homosexuality” and that De Haan had a “reputation as the most outrageous ‘Arab lover’” and was involved in “sex travel.”[25],[26],[27] The chapter is overall not very well written and easy to be misread in a homophobic tone. But why did Penslar, as its editor, not object to sentences such as: “Recently, however, scholars have turned their attention to homosexuality among Jews – even the apparently religiously observant – in Europe and the Near East. In retrospect, although it seems improbable that such an unconventional, if not perverse, individual should have attained heroic stature among Haredim [members of Orthodox Jewish sects], the De Haan case was far from unique with respect to homosexuality”?[28]

In Search of Jewish Community: Jewish Identities in Germany and Austria, 1918-1933, which Penslar edited with Michael Brenner, is a book that denies even one of the most obvious parts of Jewish LGBTQ history.[29] Though it deals with Jewish identities in Germany and Austria between 1918 and 1933, it does not once mention Magnus Hirschfeld. LGBTQ Jewish history is essentially erased, even though Berlin was home to an estimated 85,000 lesbians in the 1920s, had a thriving LGBTQ-media scene, around 100 LGBTQ bars and clubs like the Eldorado (which had a Jewish owner), and government agencies that issued transgender cards due to Hirschfeld’s activism. In 2019, even The Museum of Jewish Heritage in NYC hosted a conversation  on Robert Beachy’s book “Gay Berlin: Birthplace of a Modern Identity.”[30] But the achievements of LGBTQ historical actors do not find any mention in Brenner and Penslar’s book. The only thing the reader can find is a generalized statement of homosexuality having been viewed as sexuelle Schweinereien (sexual piggishness), so they argue. There were “beatings only for masturbation and sexuelle Schweinereien (that is, engaging in some sort of homosexual activities)” because “[m]asturbation and homosexual activities were a cause of major concern in both Jewish and non-Jewish bourgeois society and were severely punished in reform schools.”[31],[32]

Through each of these texts and the power they carry as academic histories of Zionism and Jewish culture, Penslar largely omits LGBTQ members from these histories. His entire scholarship fails to educate on the matter and depicts an inaccurate picture of history and politics. One has reason to be concerned about this. Omitting LGBTQ figures from (Jewish, Zionist, and Israeli) history has the consequence of not telling history adequately. LGBTQ history is not just to add more people to the historical record but to help us navigate the present. LGBTQ actors deserve to be heard, remembered, and honored. Nobody should be told that they have no history apart from “sexual piggishness” and “sex travel,” even if they were the founder of Zionism, were soldiers, shaped Jewish modern European identity, and were a major part of Berlin’s Golden Twenties. An accurate description of Jewish history, moreover, seems even more urgent at a time when antisemitism is on the rise in all parts of society in the United States and Europe.[33] Scholarship can, and should, do more than drawing a straight line though history and politics.

Photo by Sharon McCutcheon on Unsplash

[1] I’m grateful to Ben Demers’s thoughtful comments on this article and a highly supportive editing process.

[2] Regarding the “escalating” (Chronicle of Higher Education) conflict around the controversial Israel Studies issue on “Word Crimes: Reclaiming The Language of the Israeli-Palestinian Conflict”, in which Penslar as member of its board of editors was involved in (“Derek Penslar [and other scholars] – are these respected scholars ‘anti-Semitic activists’?”), see: https://medium.com/the-israel-studies-conversation/word-crimes-editors-slam-critics-as-anti-semitic-activists-a5d06bde7eea; Penslar’s work has also been criticized in the Jewish Political Studies Review (2020, Vol. 31, Numbers 1-2) as “superficial”, and him making an error “of current political relevance” while demonstrating “gaps in understanding of the fundamentals of early Zionist thought”.

[3] Derek Penslar, “Zionism as Theodor Herzl’s Life Project,” in On the Word of a Jew: Religion, Reliability, and the Dynamics of Trust, eds. Nina Caputo and Mitchell B. Hart (Bloomington: Indiana University Press, 2019).

[7] This paragraph is in part derived from Christopher L. Schilling, “Book Review: On the Word of a Jew: Religion, Reliability, and the Dynamics of Trust, by Nina Caputo and Mitchell B. Hart (editors),” Jewish Political Studies Review, 31, nos. 1-2 (2020).

[12] See also: Christopher L. Schilling, “Book Review: On the Word of a Jew: Religion, Reliability, and the Dynamics of Trust, by Nina Caputo and Mitchell B. Hart (editors),” Jewish Political Studies Review 31, nos. 1-2 (2020).

[16] This paragraph is derived from Schilling, “Book Review.”