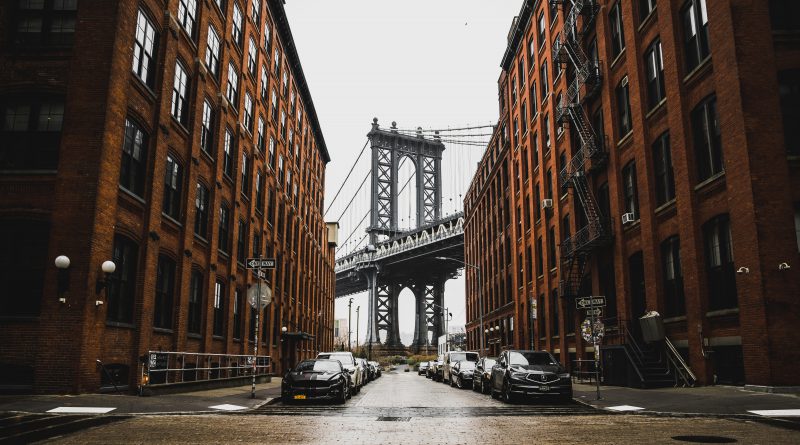 LGBT people continue to receive conversion therapy (CT) in the United States. CT refers to so-called treatments purporting to change a person’s sexual orientation and/or gender identity. This trend persists despite multiple laws and policies in the state of New York attempting to end the practice. Since some counselors, psychoanalysts, psychiatrists, psychologists, and social workers (hereafter referred to as “mental health professionals”) offer CT to LGBT people, part of the problem lies in inadequate gatekeeping by the Office of the Professions (OP) of New York’s State Education Department when giving out these professional licenses. The OP should require training on the effects and risks of CT, as well as on therapy or counseling that affirms sexual orientation and/or gender identity, before mental health professionals can be licensed in New York.

Currently, bans on CT exist in New York, but they almost exclusively regulate its practice on minors – leaving out the CT provided to huge numbers of adults. It is estimated that, as of June 2019, 698,000 LGBT adults ages 18 to 59 in the United States had received CT.[1]

It is likely that this will continue without relevant measures tackling it. The state of New York has banned providing any of the following:

1. CT purporting to change sexual orientation (but not gender identity) to minors;[2]

2. insurance and Medicaid coverage of CT for minors;[3] and

For adult recipients, some other states have recognized that providing CT for money constitutes fraudulent business practice, but this has not been done in New York.[5] In New York City, there was a legal ban on charging consumers for CT, but the City Council is now repealing the law.[6]

The provision of CT has continued despite the fact that multiple professional organizations doubted its efficacy, observing that it can even cause harm. Studies by the American Psychological Association and American Psychiatric Association have found little previous research with proper methodologies supporting claims of changing sexual orientation and/or gender identity.[10] Harmful effects on recipients include depression, suicidality, anxiety, social isolation, and decreased capacity for intimacy.[11] Some suggest that, instead of CT, mental health professionals should offer affirmative therapy and/or counseling, which affirms the sexual orientation and/or gender identity of the recipient, addressing the impact of negative attitudes in society such as discrimination and stereotyping.[12] For transgender people, counseling on hormonal and surgical treatments for transitioning may also be advisable where appropriate.[13]

1. require that those intending to be licensed as mental health professionals go through training on the effects of CT and on affirmative therapy/counseling before they can be licensed; and

2. require that those already licensed as mental health professionals go through continuous professional education on the effects of CT and on affirmative therapy in order to maintain their licenses.

The content on the effects of CT would include the current professional consensus that there is no evidence showing that CT can achieve its stated goals of changing a person’s sexual orientation and/or gender identity. It would also include information on its harmful effects on recipients, as observed above. This could be incorporated in ethical training for professionals. Training on affirmative therapy/counseling would encompass discussions on how to address mental health issues related to clients’ LGBT status when appropriate (staying mindful of the similarities and differences under the LGBT umbrella); the various means, effects, and risks of affirmative therapy/counseling; and general ethical issues associated with mental health services for LGBT clients. The content on CT and affirmative therapy/counseling would target both adult clients and minors.

The requirement for training on CT and affirmative therapy/counseling would originate from the OP in the form of required curriculum elements (such as the content indicated above). In line with current practice, the exact formats of training would be up to the institutions already offering required training for intended licensees, and the actual training will be carried out by these institutions. These institutions would mostly be universities as, under the current regulations, professionals are expected to have university degrees (mostly at a master’s level or higher) in the relevant discipline. The training would have to be approved by the OP when reviewing the accreditation of academic programs for licensing purposes. The OP is well equipped in this role given its working relationships with many of these institutions, along with assistance from the State Boards, whose members are from the regulated professions. Knowledge from this training should also be assessed in the examinations offered and required by the OP for licensure.

Training mandated by the OP would pose advantages over other possible means of curtailing CT. Voluntary training by academic and/or professional institutions would produce a patchwork of programs with varying standards. In this way, potential licensees may choose to satisfy their educational requirements at institutions that do not offer training related to CT and affirmative therapy/counseling, and still get a license. OP-mandated training would ensure that everyone who seeks licensing has received training and that the training standards are uniform. This also fills the gap left by the current bans on CT. They concern CT performed on youth only. OP-mandated training would cover both adults and youth.

The current bans also rely heavily on reports or complaints by clients. While criminal sanctions have certain deterrent effects, this reliance could mean that instances of harm may only be addressed after they have occurred. Training could help prevent these from happening in the first place.

Compared with potential legal or executive bans on CT performed on adults, OP-mandated training may also reduce the chance of challenge and eventual repeal. The ban in New York City was challenged because of alleged violations of the freedom of speech between counselors and adult clients. Some fear that such challenges might reach the highest courts, which could issue rulings striking down current bans throughout the states. OP-mandated training would be a middle ground. On the one hand, it is not an outright prohibition against CT performed on adults, addressing free speech and autonomy concerns and avoiding the risk of lawsuits or backlash. On the other hand, it advances the interests of LGBT clients in reducing the harms caused by CT, and promoting affirmative therapy/ counseling where appropriate.

The training suggested here includes a component on affirmative therapy/ counseling. Currently, other measures focus on prohibiting the practice but do not deal with issues such as possible latent bias against LGBT clients or, more generally, the lack of awareness among mental health professionals on issues facing LGBT clients.

Costs to the OP of including training requirements will be limited. The OP will have to decide on the required content of training and examinations, as well as liaise with academic institutions. The actual training, however, will be conducted by the academic institutions, which may collaborate with organizations that already perform or have done research on these kinds of trainings.

As a following step, the OP will therefore liaise with these institutions and address concerns about resources and costs, possibly by matching them up with experienced organizations or experts. The OP may also want to discuss with the institutions the exact requirements on curriculum. In this way, while the overarching requirement for training is a top-down process, more voices from the academic and professional community can be incorporated during implementation.

This piece was produced in connection with the author’s research supporting the mandate of Victor Madrigal-Borloz, a United Nations Independent Expert on protection against violence and discrimination based on sexual orientation and gender identity, for a thematic report to be presented at the 44th Human Rights Council, on the practices of so-called “conversion therapy” around the world.

Desmond Chu is a Master of Laws (LL.M.) candidate at Harvard Law School and a research assistant for Victor Madrigal-Borloz, a United Nations Independent Expert on protection against violence and discrimination based on sexual orientation and gender identity, in Harvard’s Human Rights Program. Desmond is originally from Hong Kong, where, after being qualified as a lawyer (non-practising solicitor), he worked on multiple research projects, including one with the Equal Opportunities Commission and the University of Hong Kong on race discrimination issues, exploring the introduction of an accreditation and regulation system for interpreters and translators in ethnic minority languages in the public sector. He was a part-time lecturer at the University of Hong Kong and assisted with teaching the course “Human Rights in Practice,” engaging students in community legal education.

Photo by bantersnaps on Unsplash

[11] “What does the scholarly research say about whether conversion therapy can alter sexual orientation without causing harm?”, Cornell University.