Home > Op-eds > What’s in a Wristband: A Novel Hospital Policy for Transgender Youth 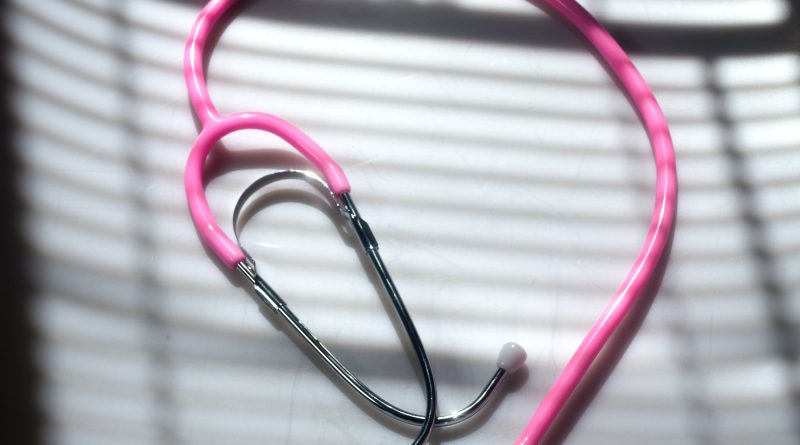 These were the words thought by Ben, a teenage transgender boy living in Aurora, Colorado. While an “F” is enough to upset any school-aged child, Ben isn’t talking about his report card—he’s summarizing the significant, pathological gender dysphoria he experiences while receiving medical services at his local children’s hospital, having been labeled as female (“F”) while staying in the hospital.

Ben, like hundreds of thousands of adolescents in the United States, is a transgender youth who interfaces with the American health care institution. Epidemiological studies repeatedly demonstrate that transgender youth are apprehensive to seek medical care due to fear of discrimination or providers’ misunderstanding of their identities.[1],[2] For those that do interact with the health care system, transgender patients report experiencing significant rates of microaggressions and frank discrimination in the inpatient setting, particularly for those patients who consider themselves “recognizably” transgender.[3] This can have adverse effects on transgender youth, including the gender dysphoria—the psychological and often somatized stress a patient feels due to the discordance of their assigned sex at birth and gender identity—that Ben described while admitted to Children’s Hospital Colorado (CHC), an academic medical center in Aurora.[4] Especially as schools and community organizations make efforts to show acceptance of diverse gender identities, hospitals too must consider how they can best support transgender and gender-nonconforming youth.

Affirmation and inclusivity of transgender youth can be dynamically improved by hospital policy reform. In the last decade, policy reform has focused largely on non-discrimination rules for hospital employees and the appointments of many new chiefs of diversity and inclusion. These regulations and positions are capable of enacting hospital culture change but are primarily concerned with staff-facing rather than patient-centered initiatives. In addition, while these policy strategies respond to the issue of how to best serve diverse staff and patient populations and change cultural attitudes, they fail to directly curtail aspects of the inpatient experience that can incite gender dysphoria in transgender patients.

Some hospitals are already making significant strides to be inclusive of transgender and gender non-conforming patients. CHC recently implemented a novel hospital policy to combat gender dysphoria for their transgender pediatric patients. As per common practice, admitted patients who stay at CHC wear an identification wristband that carries identifying information and a barcode to be scanned when labs and tests are ordered. The wristband includes information necessary to verify the patient’s identity, prevent submitting orders for the wrong patient, and allow clinicians to quickly collect demographic and medical information on the patient, such as name, age, gender, date of birth, and allergies. In September 2018, the hospital’s Gender Diversity Task Force removed gender markers from all patient wristbands in an effort to better validate the identities of admitted transgender and nonbinary pediatric patients. The hospital has also removed gender markers from patient labels on paperwork and prescriptions.

Proponents of the policy have praised the novel approach to improving the clinical environment for transgender patients. The policy accomplishes two goals: prevention of gender dysphoria in transgender and gender-nonconforming patients receiving medical services and a declaration of the values of the health care institution. Gender dysphoria is directly associated with triggers that evoke this dissonance to the patient, and printed gender markers can effectively precipitate a dysphoric state in these patients.[5] CHC’s policy reform extinguishes this trigger, effectively reducing the risk for transgender and gender-nonconforming patients to experience a dysphoric event while receiving medical services.

A secondary goal of the policy is to emblemize core values of the institution. Children’s Hospital Colorado announced its support of transgender and gender-nonconforming youth through this reform, communicating to their patients and the general public that CHC health care providers recognize the nuances of gender identity and expression. CHC, in this way, declares its providers as allies to patients of diverse gender identities and sexual orientations.

The policy was met with criticisms from right-wing and religious groups.[6],[7] Some critics noted that the policy erases patient sex and gender from the medical record entirely, removing core demographic data with clinical correlates and value. Dr. Natalie Nokoff, a pediatric endocrinologist at CHC, has clarified that the hospital’s electronic medical record continues to store patients’ biologically assigned sex.[8] This data is obviously important for patients admitted for complaints related to pelvic pain or precocious puberty, for which the child’s anatomy and sex are clinically significant.

A second complaint evaluated the effect of the policy on pharmaceutical dosing in admitted pediatric patients.[9] Critics offered concern that without clear sex or gender markers on patient wristbands, patients could not receive an appropriate dose of medication informed by their biological sex, particularly in the emergency setting when the acuity of a medical issue may compromise checking the patient’s medical record. This criticism is founded upon the belief that medication is dosed differently with respect to biological sex for pediatric patients; however, in the field of pediatrics, it is standard practice and hospital policy to dose medications based on the weight of the child in kilograms (drugs are assigned doses in milligrams per kilogram; for example, diphenhydramine (Benadryl) is typically ordered at 1.25 mg/kg), and thus the exact amount of drug varies with the weight of the child—not the sex.

Due to anatomical and physiological differences between assigned male and female bodies, there are recognized and well-demonstrated differences in drug absorption, distribution, metabolism, and excretion between biological sexes.[10] For example, the liver contains many enzymes that modify and break down drug molecules; these enzymes are known as cytochromes. Each different cytochrome enzyme is responsible for metabolizing different drugs, and studies have demonstrated that the activity of different cytochromes vary with assigned biological sex.[11] However, these physiological differences have only minor clinical implications. While they are grounded in proven scientific theory, the effects of these differences are small enough not to warrant recommendations from medical organizations. As a result, there are no widely accepted guidelines or hospital policies that stratify this dose with respect to the assigned sex of the patient.[12]

Children’s Hospital Colorado demonstrates a considerate and creative approach to improving the clinical environment for admitted patients, demonstrating their commitment to the health of children and adolescents with diverse genders and sexual orientations. This policy reform has been monumental for CRC patients. For example, affirming his transgender identity is a massive part of Ben’s world: “It’s huge, bigger than anything on this planet.” Progressive and innovative hospital policy reform, as demonstrated by CHC, is an important step forward to make hospitals and the world more welcoming and validating for transgender and gender-nonconforming youth.

Jordan Said (he/him/his) is a third-year medical student at Harvard Medical School. He is originally from Hobbs, New Mexico, and completed a bachelor’s degree in molecular and cell biology at the University of California, Berkeley. Jordan is clinically interested in complex medical dermatology, particularly rheumatology-dermatology, cutaneous toxicities, and inpatient consultation. He anticipates applying to combined dermatology and internal medicine programs for residency training. Jordan is one of the co-presidents of the LGBT and Allies at Harvard Medical School student and faculty organization. He is largely interested in medical education and curriculum design to educate future providers on LGBTQ+ health issues and skills, and he has developed and published curricula for medical students in this realm on managing clinical microaggressions. He is a student working on the Harvard Medical School Sexual and Gender Minority Health Equity Initiative, a three-year project to reform the HMS curriculum towards LGBTQ+ objectives.

Photo by Christopher Boswell on Unsplash

[2] Elizabeth A. Samuels et al., “‘Sometimes You Feel Like the Freak Show’: A Qualitative Assessment of Emergency Care Experiences Among Transgender and Gender-Nonconforming Patients,” Annals of Emergency Medicine 71, no. 2 (2018): 170–182.

[3] Amanda Rodriguez, Anette Agardh, and Benedict Oppong Asamoah, “Self-Reported Discrimination in Health-Care Settings Based on Recognizability as Transgender: A Cross-Sectional Study Among Transgender U.S. Citizens,” Archives of Sexual Behavior 47, no. 4 (2017): 973–985.