Home > About Us > Our Mission
The mission of The LGBTQ Policy Journal at the Harvard Kennedy School is to inspire thoughtful debate, challenge commonly-held beliefs, and move the conversation forward on LGBT rights and equality.

These past few years have been watershed years in the fight for LGBTQ equality. The Supreme Court has affirmed the right of all Americans to marry the person they love, without regard to the sex of either partner. The Department of Defense has changed its policies to allow transgender servicemembers to serve openly and proudly in the U.S. Armed Forces. And The Senate passed an inclusive employment non-discrimination bill.

Progress appears to be marching inexorably forward for the LGBTQ rights movement. However, progress does not occur in a vacuum. Our progress on these and other issues comes as the direct result of challenging commonly-held belief systems and ideologies. It requires acknowledging that legal equality does not always mitigate the economic injustices and structural violence that threaten our community. Progress requires exploring the complex interplay and intersectionalities between sexual orientation, gender identity, race, socioeconomic status, and more.

It is in this spirit that the LGBTQ Policy Journal at the Harvard Kennedy School was founded in 2011.

The Journal is a student-run, nonpartisan publication dedicated to featuring papers on the policies, politics, trends and issues impacting lesbian, gay, bisexual, transgender, and queer (LGBTQ) communities and individuals. Our mission is to elevate the dialogue surrounding these and other topics by offering unique perspectives, voices, information, and analyses. In that vein, the Journal is a vehicle to inform and enhance the decisions of public leaders and interested organizations around the world.

At the Journal, our work is informed by the progress we have made over the past decade, but more importantly, the challenges that remain. As evidence of these challenges, consider the 2014 Winter Olympic games in Sochi, Russia, where the world’s most talented athletes gathered in a country where discrimination against and persecution of members of the LGBTQ community is codified in Russian law. Or consider the rise in so-called “religious freedom” bills in many U.S. states that seek to legalize discrimination on the basis of sexual orientation and gender identity (and/or expression).

In the United States, social and structural inequities continue to plague LGBTQ communities across the United States. LGBTQ youth continue to comprise a disproportionate share of our nation’s homeless. LGBTQ families continue to report lower incomes and overall economic security compared to non-LGBT families. LGBTQ persons lack basic civil rights protections in housing, employment, and public accommodations in many states, and even some of those protections are challenged by proposed bills an laws purporting to uphold religious freedom. And violent crimes against transgender people continue to threaten the physical safety of our friends and loved ones.

We made much progress in 2016, but there is much more to go. We look forward to playing a part in helping to make even more progress in the years to come by serving as a platform to share information, spark dialogue and debates, and inspire political leaders with effective and viable policy solutions.

Join the LGBTQ Policy Journal at the Harvard Kennedy School as we work to make our mission a reality. 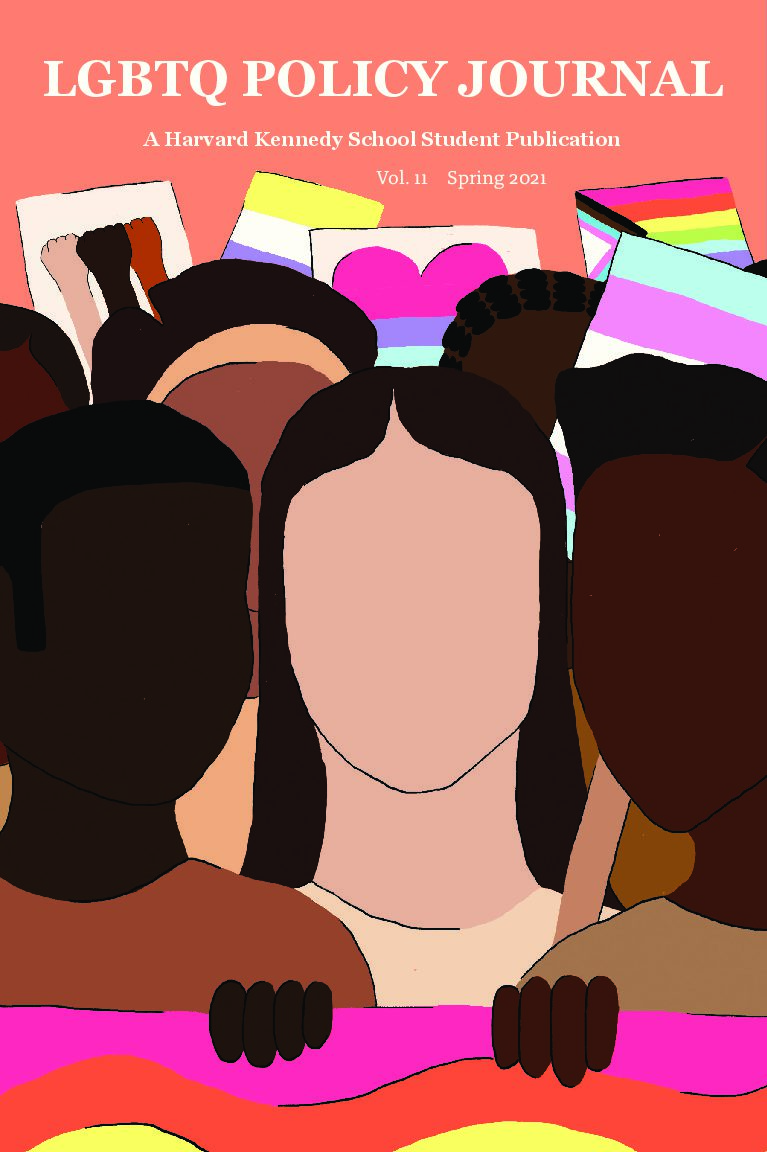